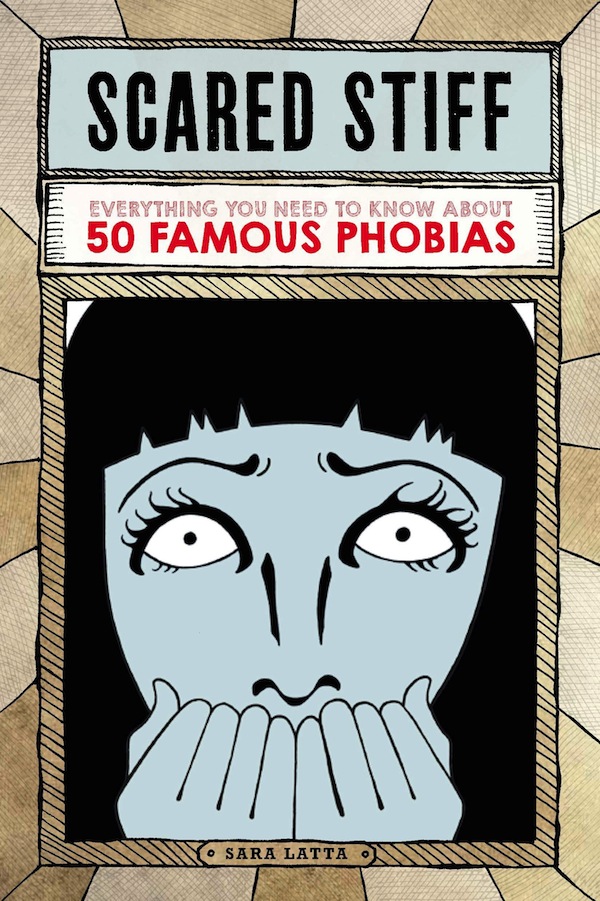 You are one incredibly brave person.

Fearless, actually: that’s you. You take risks, climb high, jump far, and you laugh at safety equipment. You ain’t afraid of anything.

Except, well, that one little thing that makes you scream, causes your hands to sweat, gives you nightmares, makes you almost faint. Yeah, except that – and if you read “Scared Stiff” by Sara Latta, you might find a name for it.

So you freak when you speak in public. The thought of a snake makes you quake. It’s the rare person who’s not frightened by something because fear is “an important survival mechanism” that actually comes from your brain.

Most people can handle or hide phobias quite well, while others are debilitated by their fears. A fear isn’t a phobia, by the way, until it “interferes with your ability to function…”

Let’s say you’re afraid of heights, which is a common phobia. You can’t go past the first floor of a building without feeling shaky and you can’t bear to look out of high-rise windows. That’s acrophobia, and it’s an ancient fear that even babies suffer from. Scientists think it has to do with balance and sight.

Or let’s say you can’t bear to be in a room with a spider. Again, researchers believe it’s an evolutionary fear. They say that spiders are more afraid of you than you are of them – but who wants to test that theory? Not J.K. Rowling, Justin Timberlake, Johnny Depp… or me!

If you’re a nomophobic, you’re afraid of being out without your cell phone. Your mother might be happy if you had ataxophobia (the fear of messes) or mysophobia (the fear of germs). And if you have dentophobia, you join “up to 80 percent of adults in the United States” in your fear of dentists.

Jennifer Aniston and Ben Affleck are both afraid of flying. Christina Ricci says she’s afraid of houseplants. Johnny Depp is afraid of clowns and Kristen Wiig fears blood. Boxer Sonny Liston would rather fight than face a needle. Matt Damon is terribly afraid of snakes. And believe it or not, Barbra Streisand and Carly Simon have both suffered from fear of performing!

Huh. There’s nothing in this book about bibliophobia, or the fear of books. That’s just as well, though, because “Scared Stiff” will still leave you plenty to worry about.

Indeed, author Sara Latta includes in her book phobias that you’ve probably never heard of, and she’ll make you glad you don’t have them. Here, you get an overview of fifty phobias, a bit of info on how each might bloom, and gossip on famous folks who fear. And if that’s not enough, Latta gives you an in-depth section on what you can do to conquer the phobias that plague you.

This book is respectful and serious but lighthearted, too, and includes trivia, sidebars, and plenty of resources. It’s great for the curious and the terrified alike, but beware: give “Scared Stiff” to your 12-to-17-year-olds, and I’m afraid reading is all they’ll want to do.