The Allman Brothers Band
Play All Night: Live at the Beacon Theater 1992
(Epic/Legacy)


As the current Allmans lineup concludes its run with Warren Haynes and Derek Trucks, this reissue highlights the band’s inaugural Beacon Theatre residency (1992). The two-CD set features Allen Woody, original guitarist Dickey Betts and Thom Doucette. Legacy is also reissuing a DVD of the 1991 Live at Great Woods concert (same lineup, minus Doucette). This is the first time the entire show is available, but the interviews from previous versions are gone. 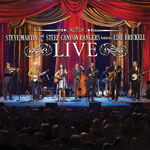 
This is Steve Martin’s third foray into bluegrass and country music. The actor and comedian is approaching his music much the same way he has approached being a writer, with a seriousness of purpose and true artistry. Martin collaborates on this live CD/DVD with the North Carolina-based Steep Canyon Rangers from his first bluegrass album and with Edie Brickell from his latest release. Martin interjects self-deprecating and wry humor into the concert of originals and covers. As good as the instrumental music is, the songs with Brickell are the real highlights. 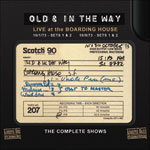 Old & in the Way
Live at the Boarding House
(Acoustic Disc)


This four-CD reissue covers two nights in San Francisco in October of 1973 that made bluegrass history. This busman’s holiday for Jerry Garcia, joined by Peter Rowan, David Grisman, Vassar Clements and John Kahn redefined bluegrass music for the hippie crowd the way The Byrds’ Sweetheart of the Rodeo redefined country for the rock crowd in the 1960s. The easy-going interplay between these four artists is undeniable. These live performances have been previously issued and reissued, but 14 of the 55 tracks on this box set have never been released before now. 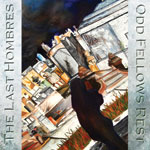 
The only non-live album on this list is included because the group will be playing in the area throughout the upcoming months. After more than a decade away the fabled New York-based group returns with a new lineup and a new sound. Drummer Tom Ryan fills Levon Helm’s seat and The Hideaways’ Chris James joins on keyboards, guitar and vocals. Few roots groups boast a lineup of three frontmen as accomplished as this trio: Michael Meehan, Russ Seeger and Paul Schmitz. With touches of New Orleans horns and a more pronounced T-Bone Burnett vocal feel on the Schmitz songs, this super-group has made its
best album. 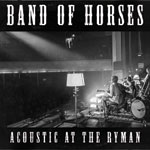 Band of Horses
Acoustic at the Ryman
(Brown)


After two indie albums and two major label albums, the Seattle-bred, Charleston-based group has returned to the indie-world with a gorgeous live outing recorded in April of 2013. It will thrill both young indie music fans and those who have the original Old & in the Way vinyl. The group continues to change labels and lineups, but the unmistakable beauty of its vocals and melodic songs are presented unadorned at the legendary former home of the Grand Ol’ Opry. Along with groups like Fleet Foxes and My Morning Jacket, Band of Horses is bringing a timeless musicality to the Americana indie scene that places an emphasis on songs and singing.