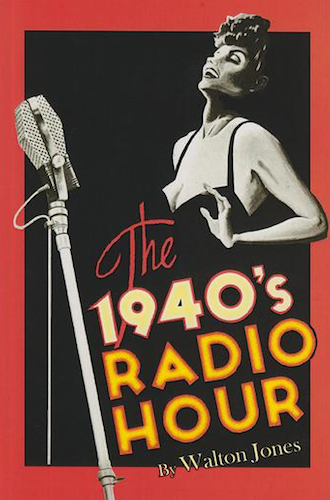 It’s your chance to be a star. Port Washington’s Play Troupe is holding auditions for “The 1940’s Radio,” on May 5.

“The 1940’s Radio,” is play set in 1942 at WOV, a small town radio station. The play will be performed on July 18 to 20 and 25 to 27, at the Landmark on Main Street in Port Washington and will feature the era’s popular songs including “Boogie Woogie Bugle Boy,” and “I’ll be Seeing You.”

If you want to perform, but are musically challenged there are auditions for singing and non-singing characters. The troupe is also looking for behind-the-scenes helpers and musicians. The open call auditions are from 7 to 10 p.m. on May 5, at the United Methodist Church of Port Washington. More information on the characters is available at the Port Washington Play Troupe website.

The play is part of a yearlong celebration of the golden era of radio that began this past March. On March 14, the Play Troupe in partnership with the WCWP broadcasted live “The Maltese Falcon.” On April 25, they will broadcast the “Thin Man” and on May 23 they will broadcast “Casablanca.”

There’s a bit of local history surrounding this year’s celebration of radio. According to the Port Washington Play Troupe, this year marks the 100th anniversary from when Allied ships severed Germany’s trans-Atlantic cables cutting off communications beyond Europe. The Germans then attempted to broadcast from a station in Sayville but the U.S. seized it.