Just a few decades ago the words “phone home” conjured up sci-fi fantasies about extremely marketable aliens marooned on Earth. These days the phone/home connection has deepened and expanded. Although some of the technology to be encountered on the following pages is still in its beta stages, within a few scant months homeowners will be able to link their phones to their houses and use them to automate tasks like cooking dinner, caring for pets and even home brewing a fine lager. This enticing guide highlights just some of the ways our homes will be “dialed in” in the very near future.

August Smart Lock
Put locks on lockdown with this device and the need to fish for the keys while balancing a splitting grocery bag on the knee will become a distant memory. This lock is programmed to engage and release when certain smartphones approach; it also allows users to control guest entry without getting up and going all the way to the door. Jeez!
August.com, $200*
Projected release: Late 2014 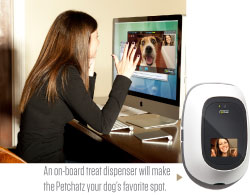 Petchatz
This little box allows pet owners to interact with their furry friends during the workday. The Petchatz projects the owner’s face and voice to the animal companion via either a recorded message or a live stream. It even allows doting owners to distribute treats and soothing scents at the swipe of a button.
Petchatz.com, $350
Projected release: Spring 2014

Brewbot
If we really did have a robot butler, at least half of our interactions with iJeeves would involve fetching beer. The Brewbot anticipates this nuance of human/cyborg relations by actually brewing beer. In a delightfully hands-off process, the machine only requires that its “master” fill it with the needed ingredients. After that the brewing process is overseen via a deeply-detailed iPhone app that controls numerous fine points of fermentation and blending. When the brew’s through, of course, the human overlord is free to take all the credit. We’re pretty sure this is what will spark the Rise of the Machines.
Brewbot.io, $3,000
Currently available 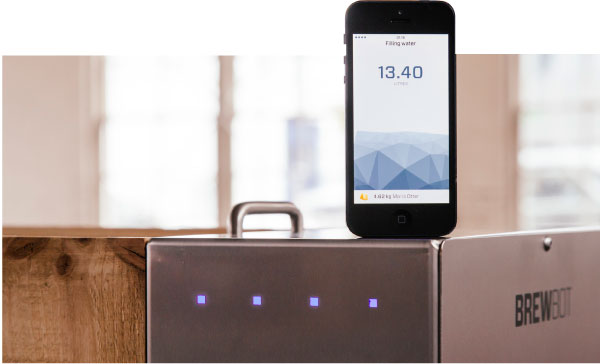 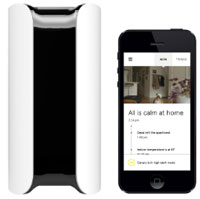 Canary Smart Home Security Device
This sleekly-designed device combines many popular home security functions in one unobtrusive package. The futuristic little hub packs a wide-angle HD camera along with night vision, a microphone, a siren and an infrared motion sensor all in a cool-looking pillar about the size of a venti blonde roast. Linked to the owner’s phone it provides real-time information about the home and also “learns” about its environment’s schedules to protect better. When the idea for Canary was first floated the project exceeded its $100,000 fundraising goal by almost $2 million.
Canary.is, $200
Projected release: May 2014 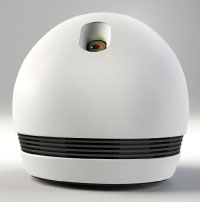 Keecker
Since all we do in our leisure time is sit there swiping at our phones anyway, why not use the addictive devices productively? The Keecker— the closest mankind has yet come to a robot butler—will putter around the house being cool and helpful. The little guy packs a surround sound system, a webcam for robochecking on sleeping kids and a projector that can turn any flat surface into a big screen. That means any movies, web browsers or candy annihilation games that can be displayed on a smartphone can now be writ large on the nearest wall.
Keecker.com, $4,000
Projected release: Late 2014 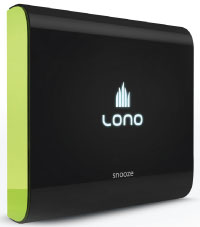 Lono Sprinkler Controller
When would one use an automated control for a sprinkler system? How about when watering is scheduled and then a rainstorm pops up? Or when it’s been especially hot and
the lawn needs some additional love? Or when that rude neighbor and her extremely regular dog pass by? The Lono system allows lawn aficionados to dial watering up or down and to individualize sections of lawn for custom care. The makers say this promotes healthy root systems because it prevents both underwatering and overwatering. Lono estimates its customers save 22 percent more water than people who use the ol’ chugga chugga-chugga-whirrrrrrrr systems.
Lonoapp.com, $200
Projected release: Summer 2014

*Because many of these devices are still in development, prices are approximate.