Former Mets’ pitcher Ron Darling now gives baseball commentary for an alphabet of networks including SNY, TBS and MLB. But the Hawaiian-born Yale grad says that’s not the most important thing he’s involved in. He also doesn’t think his game four victory over the Boston Red Sox—which helped the Mets secure a championship in 1986— was his most important work. So what does Darling, an Emmy Award-winner who speaks Chinese and French, call his greatest achievement? His fundraising efforts on behalf of diabetes research.

Pulse recently caught up with Darling to discuss his foundation’s golf tournament this month, as well as how the local baseball teams are shaping up. He was gearing up to call a Mets spring training game when our conversation took place.

Long Island Pulse: Do you think players enjoy the pre-season or is it a grind?
Ron Darling: I liked spring training. I still do. When you’re a baseball player, this is something you’ve worked your whole life for and spring is a chance to get back outdoors and onto the field. If you had a great year, you’re looking forward to making it two in a row, and if you had an off year, it feels like a fresh start.

Pulse: How do you think the Mets are shaping up for 2014?
RD: I think they’re on the brink of having real success. They made some good moves and have some young arms developing. Now it’s just a matter of having some of the younger offensive players come through and contribute.

Pulse: In the interest of equal time, have you seen the Yankees?
RD: Beltran is a great fit and is one of the most clutch post-season players of all time. [Jacoby] Elsbury is also a good addition and Masahiro Tanaka, the Japanese pitcher, will help them. I think the Yankees are a playoff team. 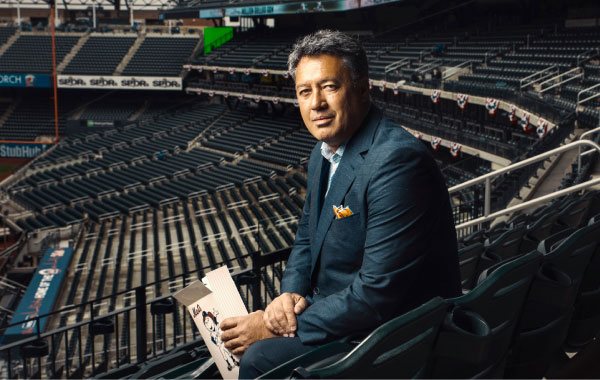 Since he became a broadcaster in 2000, Darling has won a pair of sports analyst Emmy Awards.

Pulse: You’ve said that the most important thing you do has nothing to do with baseball, it’s your work helping to fund diabetes research. How did you get involved?
RD:I say this to people all the time: If you want to learn about a disease, have one of your kids get it. I didn’t really know anything about diabetes until my son Jordan was diagnosed. I saw how hard it was for him and I wanted to do something. I don’t know if we’ll find a cure for this disease, but I want to be able to look at him and say, “We did everything we could. We fought as hard as possible so that you don’t have to keep sticking a needle in your arm every day.” The foundation’s beginnings came from a sad place originally, but now it makes me proud that I have taken an initiative.

Pulse: You not only raise funds through your foundation, you’re also on the board of directors for the Diabetes Research Institute. What does that entail?
RD: That started when I toured their facilities and I was just so impressed with the work they do. I joined the board and I try to help however I can. If there’s an event or a walk, I try to show up to help bring more people out. Anything they do, I try to be there. When I was growing up in Massachusetts, I saw this phrase that the Kennedys used: noblesse oblige. My father spoke French so I went and asked him what it meant. He said that when you live a blessed life—which I have—you owe it to give back to the world in whatever way you can. My work with DRI is one way I try to live up to that idea. 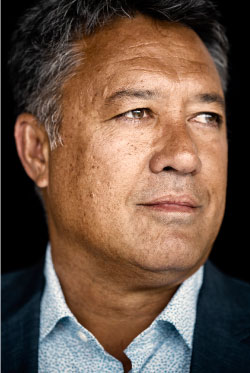 Pulse: Who’s popping by for your golf tournament?
RD: This is the 6th time we’ve held The Classic and it’s always a great time. I wish I could say exactly who’s coming, but the list changes so much it’s hard to pin down. I’ll just say that many of my old friends will attend along with players from the Mets, Yankees, Giants, Jets and other teams.

Pulse: The golf tournament isn’t the only way you raise funds for your foundation, correct?
RD: Yes. We raise money in myriad ways. After Hurricane Sandy, we actually broke away from diabetes fundraising and teamed up with Bob’s Discount Furniture. We picked out 10 families in Staten Island and the Rockaways and helped them rebuild their homes. We also have a poker tournament in Great Neck that’s very popular. I was looking for a way to get more people involved because not everyone plays golf. And my family have always been card players— whenever we get together the cards come out. So I had the idea of a poker tournament. It wasn’t until after we held the event that I realized how popular poker is! People really respond to it.

Pulse: You went to Yale, do you ever pull on a lab coat and crank up the centrifuge to do some research?
RD: I’ll tell you, it’s funny. I wish I had 10 lives to live. I’ve been so lucky. But there are so many more things I’d like to do and try. My first dream as a boy was to be an astronaut. Now, that wasn’t the course my life took, but I would like explore those kinds of things.

Pulse: You didn’t grow up here, but your connection to New York seems very strong.
RD: Absolutely. The people of New York have been great to me and I try to return that favor in whatever ways I can. My favorite baseball memory was my first start for the New York Mets. September 6, 1983. My family was at Shea Stadium and they were very proud.

Pulse: What are some of your favorite places on Long Island?
RD:I go to Long Island all the time. We have the poker and golf fundraisers there, and I go to a lot of places where I know the owners or that are run by friends. I go to Cirello’s, Blackstone’s and Prime [in Huntington]. Maroni’s is my favorite restaurant on Long Island, in Northport. I also do all my shopping at the Roosevelt Field Mall and I boat, fish and jet ski around Eaton’s Neck.

Ron Darling’s 6th Celebrity Golf Classic will be held on May 19 at the Seawane Club in Hewlett Harbor. Register or sponsor at golfeventplanning.com/ron-darling-foundation.