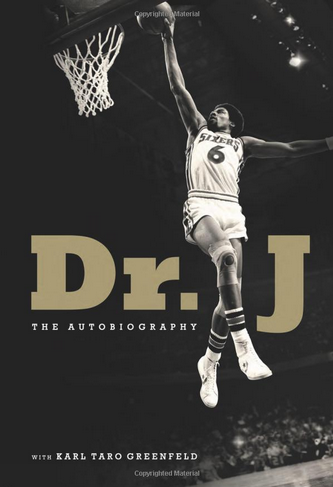 Along with Jim Brown and Carl Yastrzemski, Julius Erving makes up the holy triumvirate of Long Island hall of fame athletes. Beyond knowing Erving hails from the island, most modern sports fans probably didn’t know the extent about his playing days in both Hempstead and Roosevelt.

Erving’s book, “Dr. J, The Autobiography” was released in late 2013 and offers insight into his entire life from his childhood to his days as an old man still hustling to make a name for himself.

For the Long Island sports fan, the book is extremely relevant. There are countless references to his days developing in Hempstead and Roosevelt, and eventually his time starring for the New York Nets at Nassau Veterans Memorial Coliseum. It’s a historic first person account of a different time and very specific era of Long Island sports history.
Erving makes reference to the first Newsday box score that mentioned his name as a contributor during his freshman season of high school at Roosevelt.

You learn about how he became known as “Doctor,” which was really just a harmless conversation with his friend Leon, while playing ball at Roosevelt Park. He referred to his friend as “the professor.”

“If I’m the professor … then you’re Doctor,” Leon said.

“And from then on, Leon calls me the Doctor,” he wrote.

Don Ryan is the godfather of youth sports in Hempstead. He is one of the main reasons and inspirations behind countless memories and development periods for thousands upon thousands of children in the Hempstead community. Dr. J is one of them.

Ryan gets his fair share of mentions in this book. It’s safe to say that many young athletes credit dedicated community members to their early development in sports.

Other interesting things related to Long Island:
-Though Erving settled on UMass, he was heavily recruited by St. John’s, Hofstra and a few other area schools. Erving refers to former Hofstra coach Paul Lymmer specifically about his recruiting stories.
-There is a brief mention of John Mackey, a Hempstead alum, who went on to be a hall of fame tight end for the Colts. Mackey is by and large Mr. Hempstead when it comes to historic figures from the community.
-Roosevelt played Elmont in the Nassau County playoffs during Erving’s high school career. He described the experience vividly.
“Three buses rolled out from Roosevelt High, bringing our fired-up student body, who also sensed this could be the year we finally get a banner for our gym,” he wrote. “On campus, I feel the love from my fellow students and I feel motivated by the opportunity to give something back to my school.”