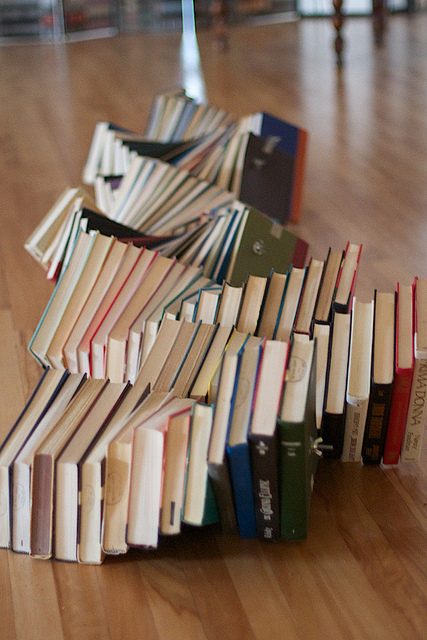 You made your reservations months ago.

This was a vacation you’ve been planning for… well, it seems like forever. One of those once-in-a-lifetime trips is what you’ve always dreamed about, and you’ve bought all new clothes and even a new suitcase for it.
So why would you take just any old book on your vacation this summer? Instead, why not look for something new by an author you love?

Summertime reading bolts out the door like a teenager off curfew with new novels by Mary Alice Monroe, Dorothea Benton Frank, and Jeff Shaara; cookbooks; a business book by William Poundstone and one on commodities; a book about Sally Ride by Lynn Sherr; and Hillary Rodham Clinton’s much-anticipated biography. And that’s just the first week…

Later in June, look for new novels by Diana Gabaldon, Jennifer Weiner, Janet Evanovich, Linda Fairstein, Ridley Pearson, James Patterson, Jude Deveraux, and Dean Koontz. You’ll find a book about a dog that flew during World War II (and why). Learn how to do math in a fun way. Read about Justice Antonin Scalia. Pick up some new Will Shortz puzzle books in June. And learn how to use your manners when you have to swear.

For the kids, look for a new Dork Diaries installation; an encyclopedia of animated characters; a few new mysteries for middle-grade readers; a new book about Charlie the Ranch Dog; and a book about farting fish.

Just because summer’s half over doesn’t mean your reading list is! Before the fireworks even begin, look for new novels by Jojo Moyes, Susan Wiggs, J.A. Jance, Jacqueline Winspear, and Amy Sohn. There’s a new book coming out about Marilyn Monroe and Joe DiMaggio; a new book that debunks myths about sex; a new book by Ja Rule; a skinny book about crossword puzzles and why we love them; a self-help book on “wallowing” the right way; and a cool true-crime book about how amateurs have been solving cold cases and bringing killers to justice.

The kidlets will love finding new Guardians of the Galaxy books; new joke books to while away the summer; the latest Fancy Nancy installment; and a new graphic novel by Neil Gaiman.

You’re not done yet. There’s still plenty of summer – and plenty of time to read – left!

The first part of August will see a new book by Andrew Cuomo; a new novel by Douglas Preston & Lincoln Child; a new W.E.B. Griffin tome; a new book about crime-scene profilers; and a book about the woman behind the Mona Lisa.

Also in August, look for a book about college football conferences; a business book about getting organized and one on prosperity; new cookbooks for backyard and for fall; and new novels by Carl Weber, William Kent Krueger, Debbie Macomber, Kelly Armstrong, Elaine Hussey, Randy Wayne White, Tami Hoag, Paul Coelho and Kathy Reichs.

Get the kids in back-to-school mode with a new children’s book by Malala Yousafzai; a new Cupcake Diaries installment; ghost stories; and a kid’s book about paying it forward.

AND NOW THE DISCLAIMER…

Yes, some of these books can be shifted, moved, or cancelled altogether. Titles can change; so can subject matter. If you’ve got a question about your favorite author, NICELY ASK your librarian or bookseller – this is why they get paid the big bucks. Seriously, they’re experts at this stuff.

Have a great summer and Happy Reading!