One hundred years after the US Women’s Amateur Championship was first played at Nassau Country Club it will once again return to the historic club.

The 114th US Women’s Amateur Championship conducted by the USGA will take place Aug. 4 to Aug. 10, at the Nassau Country Club and already the excitement is building in Glen Cove and throughout Long Island.

“Great golf is coming to Nassau,” Pete Quick the co-general chairmen of the US Women’s Amateur Championship said. “It’s an honor to have it here 100 years after it was first played here.”

Katherine Harley Jackson won the championship 100 years ago and while there will be 156 future champions competing, it is Long Island ‘s own Annie Park that will be the local favorite.

“It’s like literally less than 30 minutes from my house,” Park said in a pre-recorded video at a media preview day at the club. “I’m very thankful it’s here.” 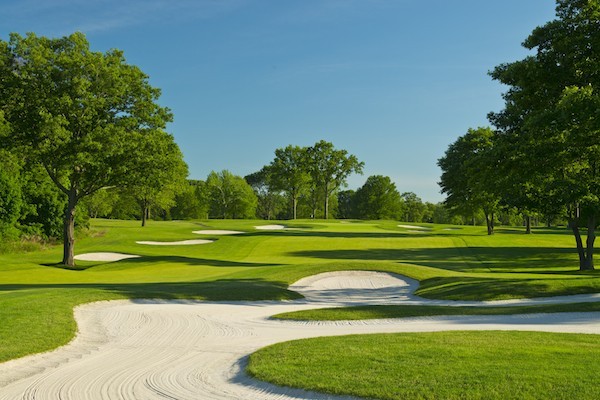 When Park and the rest of the contenders tee-off on Aug. 4 they will play an 18-hole layout originally designed by Seth Raynor with renovations done in 1920, 1922 and most recently in 2007.

“As you make your way to the final hole, the 18th hole, we want you take note that you are standing on what could be considered hallow ground in the game of golf, this is the area where Bobby Jones received his famous Calamity Jane putter,” Nassau Country Club golf professional Drew Phalski said.

The history of the Nassau Country Club dates back to 1895 when it was known as the Queens Country Golf Club about a mile away from it’s current location. A year later, Nassau became one of the original 50 founding members of the USGA and in 1899 the club moved to it’s current location on St. Andrews Lane in Glen Cove.

The Nassau Country Club wouldn’t have been possible without the community that helped organized it and when the US Women’s Amateur Championship kicks off this year the USGA is hoping the local community will once again play a big part.

The Nassau Country Club and the USGA are looking for about 400 volunteers to help out with the tournament. For those coming to the tournament admission is free and so is parking.

The tournament Quick said will show how serious Nassau is about golf and be good for the local community. He estimated hosting the tournament will bring about $3 million to the local economy.

Glen Cove Mayor Ralph Suozzi says beaches parks will also be open to everyone and there will be events planned in town.

“The city will be open and we certainly welcome everyone,” Suozzi said.

The golfers, Glen Cove will be welcoming is still being determined. The deadline for applications is June 25 and the ones that make it to the tournament will face a difficult course.

“It will be the most challenging yet fair test to golf they will see all year,” USGA Staff Representative Shannon Rouillard said.