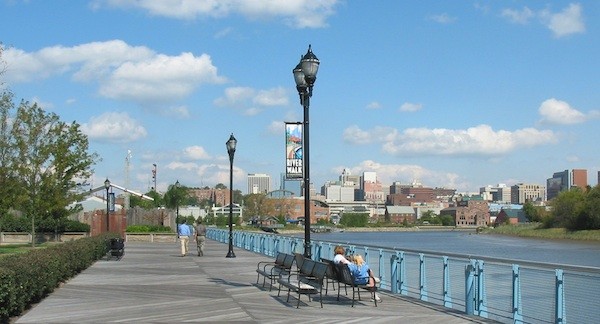 Wilmington, Delaware, had always been that Amtrak station between Philadelphia and Baltimore that I’d never visited. Until now. Surprisingly, a three-mile ride from downtown Wilmington is a transformation into the wide-open picturesque Brandywine Valley—the nearly immediate scenery change is akin to opening a curtain into a new pastoral world. 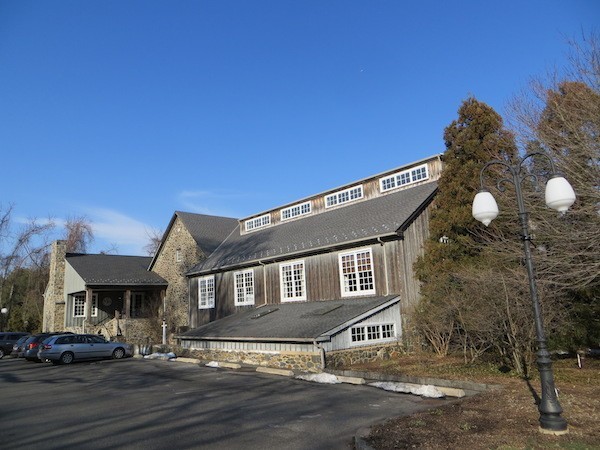 The Brandywine Valley Village of Montchanin is a step back into a simple, elegant time in American history—and the DuPont family legacy. It was named for the grandmother of the founder of the DuPont Gunpowder Company. The Montchanin Inn features 11 meticulously restored buildings dating from 1799. Nine of the 11 buildings served as homes for the gunpowder factory workers. Today, you can stay in any one of them, as they have been restored with all of the comforts you’d expect in any fine hotel. Many of Montchanin’s finely appointed houses have private, manicured courtyards, fireplaces, and a knack for bringing you back into the heart and soul of early Americana. Each of the 28 guest rooms and suites have their own charming personalities. A mix of old and new, the modern marble bathrooms have Jacuzzi-sized bathtubs. 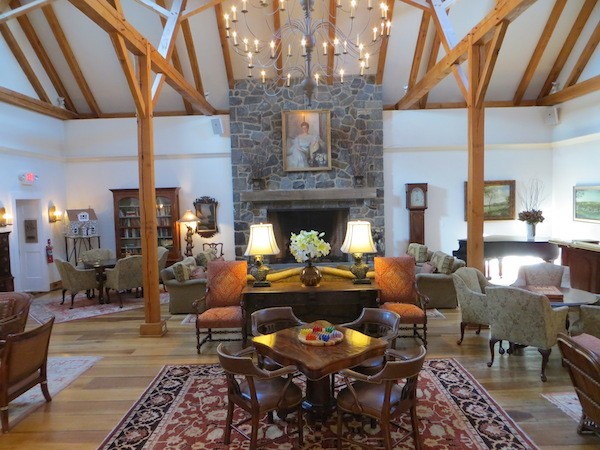 The homey reception area and the adjacent common room “barn,” which once housed cows, double as a period museum. Hand-picked photos, paintings, furniture, and relics grace the high-ceiling space that’s centered by a gigantic fireplace. This all makes checking in here much more than a swipe of your credit card. The front desk staff are all trained in emergency “historic” maintenance, such as being able to adjust loose antique doorknobs. Small luxury hotels with big old hearts need special TLC.

The capstone of its luxurious offerings is The Spa at Montchanin Village—an addition to the inn’s barn. It features signature treatments in five rooms and skin care lines that blend plants, pure essential oils, and technology. This standout spa in Delaware has veteran masseuses that will seek and destroy any ache you declare.

Reminiscent of bygone rural England, this former working-class village is now a landmark refuge owned by a seventh generation DuPont relative. The inviting grounds are a hit with history buffs, wedding groups (especially second and third weddings, which allegedly are way more relaxed), and conference attendees. This quaint mini campus of carriage lanes and garden-lined pathways also features a dozen birdhouses that add to the warmth of this restored nineteenth century hamlet.

Krazy Kat’s Restaurant is Montchanin’s fine dining option specializing in hearty Northeast cuisine. The waitresses wear smart neckties and the local handcrafted brews are only $5. Quirky, dressed-up dog and cat pictures line the walls as locals and hotel guests comingle. Krazy Kat’s, a former blacksmith shop, also delivers to The Spa. The Crow’s Nest, once an indoor parking lot for horse-drawn carriages, sits atop Krazy Kat’s and is available for meetings and receptions. Montchanin is Delaware’s take on Colonial Williamsburg. 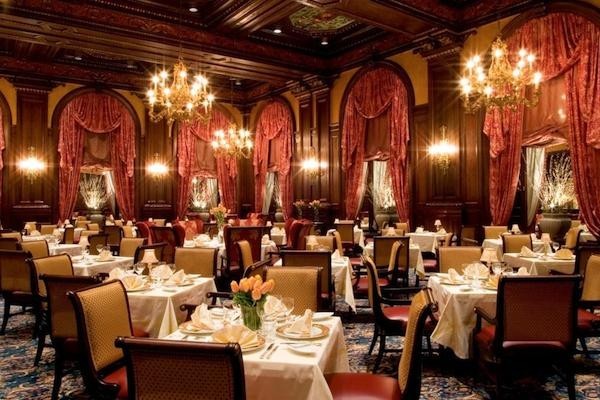 * Hotel DuPont is Delaware’s architectural crown-jewel, and a landmark on the National Register of Historic Places. A mesmerizing tribute to Italian walnut and early 20th century art, it doubles as a swank American history museum. Classic paintings—including originals by three members of the famed Wyeth family—and gilded moldings don the walls. The Green Room, its signature restaurant, is (in my opinion) one of the fanciest places you can have breakfast in urban America. Within the sprawling building, the archetypal DuPont Theater, a mini Radio City, has never gone dark since 1913 (no other theatre can make this claim). The hotel, originally built to house DuPont employees, is a tribute to a company that has been awarded 38,500 U.S. Patents since 1802—including 935 in 2012, the most in DuPont history. 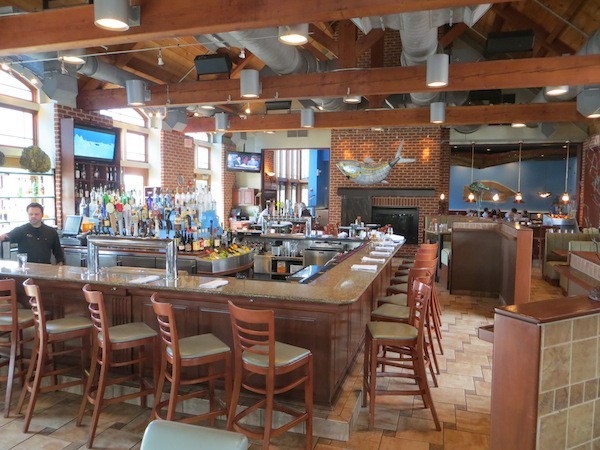 * Harry’s Seafood Restaurant—an incredible spot for a seafood binge—helped pioneer the city’s riverfront revival when it opened in 2003. Two evolving daily menus serve up fresh fish, some of it flown in from as far away as Hawaii and Alaska; the oyster selection also catches air en route from British Colombia. Set along the tidal Christina River, this airy, naturally lit 15,000-square-foot space is bisected by a fireplace and a 25-seat square bar (my suggestion for dining, as you can enjoy the amiable flow). The enormous, refreshing space serves 150 people at once, with room to breathe. That number grows to 250 people when the riverside front deck opens. Meatheads will savor its varieties of grass-fed beef. 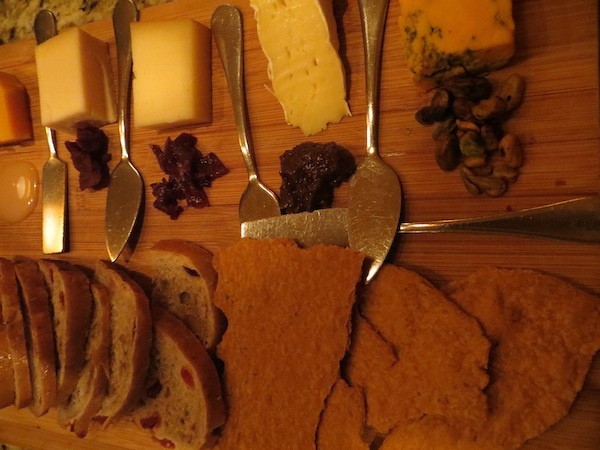 * Cozy and established, Domaine Hudson restaurant is where Delawarians land downtown for special occasions. Its award-winning food and wine take no back seats to its metropolitan neighbors, Baltimore and Philadelphia. Here, relaxed pros serve their simple menu. Theres no fine wine pomp, just the facts from veteran servers or a Vino-Pad, an iPad wine encyclopedia. Its “Wine Flights” offer three pours of three wines. I sampled the Pinot Envy, with offerings from Oregon, California, and Chile. A server writes the wine’s corresponding menu number on the base of the glass, which is helpful for sampling (or spacing out). Even hardcore wine snobs will be impressed by their selection. The old-school ambiance is illuminated by an experienced staff. Before enjoying the classic fish and meat dishes, try the Blackened Beets (whipped ricotta, blueberry puree, red-chili vinaigrette) and the Cheese Board (artisan cheeses individually paired with house-made accompaniments), both odysseys for your tastebuds.

* Iron Hill Brewery & Restaurant is a straight-ahead and unassuming brewpub—unless you fall into the beer-nerd category, in which case you’ll be kept very busy. This spacious riverside fun zone has two floors, two bars, and a menu with something for everyone. Warm weather adds two huge decks and another two bars that overlook the river. The space is family-friendly in one section, and more hip in the other. A dozen gigantic booths add to the restaurant’s fluidity. 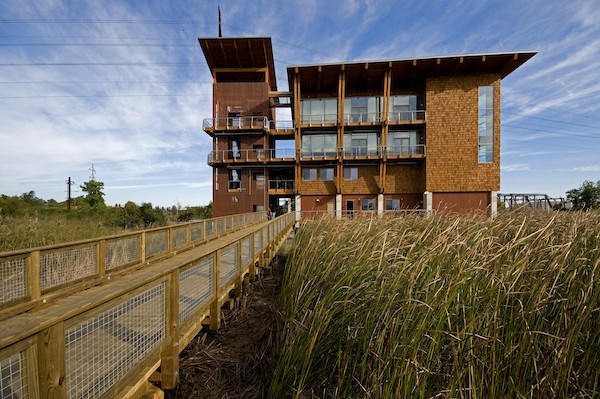 * The Wilmington Riverfront pedestrian walkway’s terminus is the Dupont Environmental Education Center an old I-95 dumping ground that was recently excavated and resurrected back into the pond it once was as part of a wider urban wildlife refuge project. 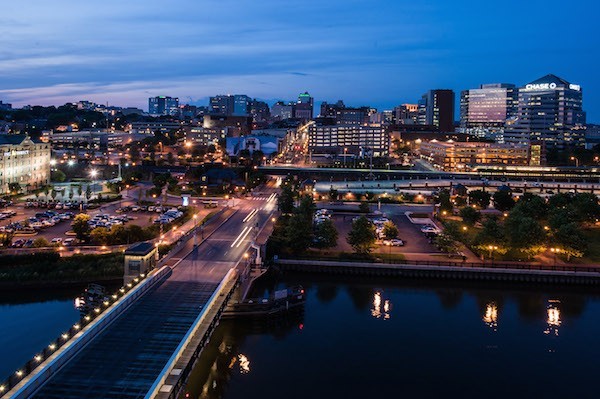