When Emmylou Harris originally released this career-changing album in 1995, she had already established herself as a major country music legend and a key artist on the country-rock scene with her recordings with Gram Parsons. Wrecking Ball, produced by Daniel Lanois, was a contemporary album that defied description and cast Harris as someone who could interpret the music of any genre. This three-disc set contains a full CD of outtakes and the revelatory DVD, Building the Wrecking Ball. Reissue projects this important are usually reserved for the holiday gift-giving season, enjoy this early present. 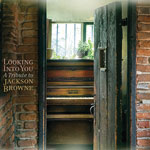 Various Artists
Looking Into You: A Tribute to Jackson Browne
(Music Road Records)


A record in honor of Jackson Browne is overdue and this two-disc set is worthy of Browne’s significance as a cornerstone artist. This tribute succeeds partly because of a uniformity of sound that is rare in multi-artist projects. Also, while heavyweights like Bruce Springsteen and Bonnie Raitt turn in dazzling performances, it’s the covers by lesser-known artists like Blind Pilot and Joan as Police Woman that prove how timeless these songs remain. It’s great to see Don Henley and JD Souther involved, but it would also have been welcome if newer artists like Dawes, and veterans like Glenn Frey and Graham Nash had contributed. 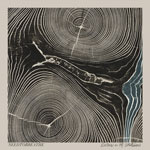 Needtobreathe
Rivers in the Wasteland
(Atlantic)


Hailing from the South, the members of Needtobreathe mix passionate Southern sounds with touches of Bruce Springsteen and Counting Crows. Their music also contains some of the swampy stew of the Subdudes and the Mavericks. While the group has yet to produce a breakout mainstream pop hit, this new album reached the top of the US rock charts. The group is often slotted in the Christian genre, but they actually have more in common with the bands just mentioned. 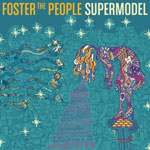 
Foster the People broke big with its 2011 debut, playing sunny, winning contemporary music that fit easily on the music charts. This sophomore effort, the album that can often make or break bands, is a great leap forward. The group’s infectious pop sound and high-energy production remain, but the songs are even tighter, with a lyrical depth and heightened musical sophistication. It is hard to find an American band that is as slick and accessible as this California-based band, which doesn’t merely pander to teens and trends. Foster the People is clearly ready for its close-up. 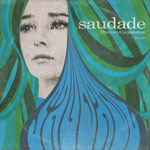 
Thievery Corporation, like the Washington DC record label ESL and the 18th Street Lounge club, is the brainchild of DJ duo Rob Garza and Eric Hilton. The duo and their large, shifting supporting cast musically travel far beyond the limited world of electronica, techno and down-tempo. The Brazilian influence is perhaps the strongest musical component of this new CD, their first in three years. There are also other world-music touches and a smooth, chill, club vibe that all make for a timeless sound that one can dance to or just sit back and enjoy.