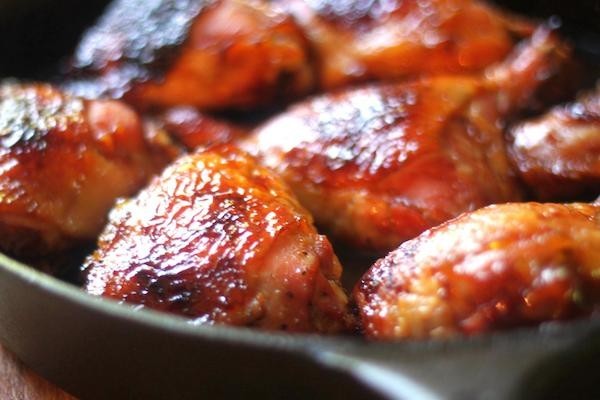 Boring chicken…nope, it doesn’t “fly” well with me! I won’t do it…let alone cook it. Now you don’t need much to make it taste great, basically just the proper cooking technique to ensure you captivate every drop of juice the chicken has to offer. Today I decided to whip out the cast-iron skillet and crisp up the skin followed by baking it off until just perfectly cooked. Now, if you don’t have cast iron skillet, any oven proof frying pan will do, however the cast iron is definitely worth the investment. It creates a deep richness that was just meant for this recipe. Happy Holidays

Directions
1.) Preheat the oven to 425 degrees and heat a 12-inch cast-iron skillet with olive oil until sizzling hot. 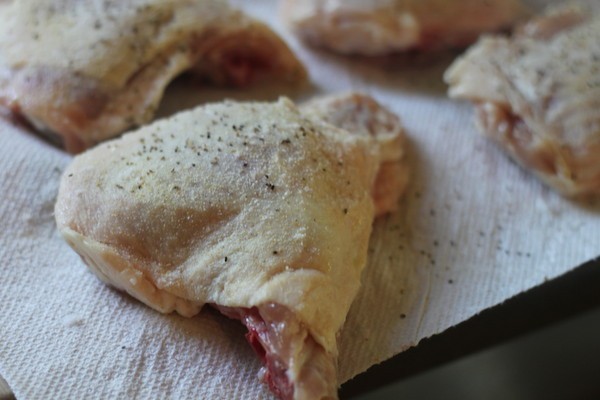 2.) Sprinkle the chicken and sprinkle chicken with adobe seasoning and massage in. 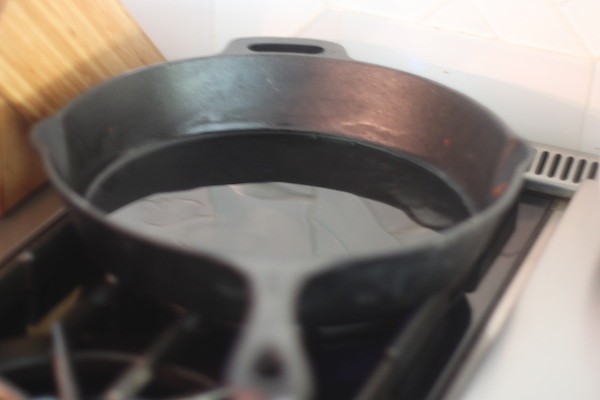 3.) In a small bowl whisk together soy sauce, honey & jelly until thoroughly combined.
Marinate the chicken with ¾ the sauce for at least 30 minutes and up to over-night.

4.) Heat vegetable oil in cast-iron skillet until sizzling hot. Sear the chicken skin side down until just browned and starting to get crispy. Flip and do other side.

5.) Baste chicken again with remaining marinade, reduce heat and cook 8-10 minutes more in the sauce and its own chicken juices. 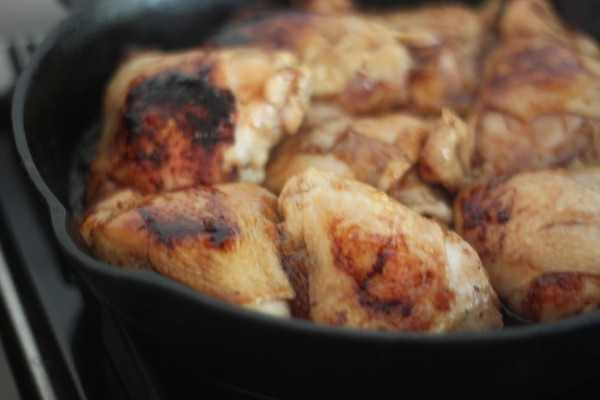 6.) Transfer to the oven and bake for another 12-15 minutes until juices running clear.