Axel Yberg is giddy. He bounces on the balls of his feet as he glances around the space of his new gallery, excitedly pointing out different pieces.

“I’m a hyper-optimist,” Yberg said. “I always keep my eyes open to any opportunity and when you’re doing the right things, things fall into line.”

The right thing at this moment is Gallery 37, which reopens on Saturday, May 31. The space even the name is testament to Yberg’s belief that when you’re doing the right things, things fall into line, with a lot of hard work of course. 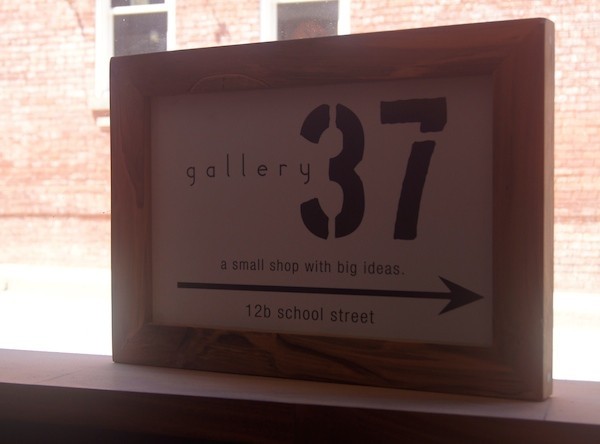 Yberg was an equities trader right out of college, but in 2001 he stopped with no idea what to do with his life. He thought about designing custom homes and went to the Pratt Institute, but found it too theoretical so he went to architecture school in Buffalo, but couldn’t see himself being an apprentice for seven years, so he left that as well.

He started Akke Woodworks as a design and building company specializing in renovations and from there things sort of fell into place. There was a coffee table that he designed for his mother-in-law after renovating her home, furniture he designed for Tres Jolie Salon in Huntington, woodworking for the Paramount. Each thing lead to another until Axel was creating furniture and formed Akke Functional Art.

“I needed the opportunity to express myself and design all these crazy ideas with no one telling me I can’t do that,” Yberg said. 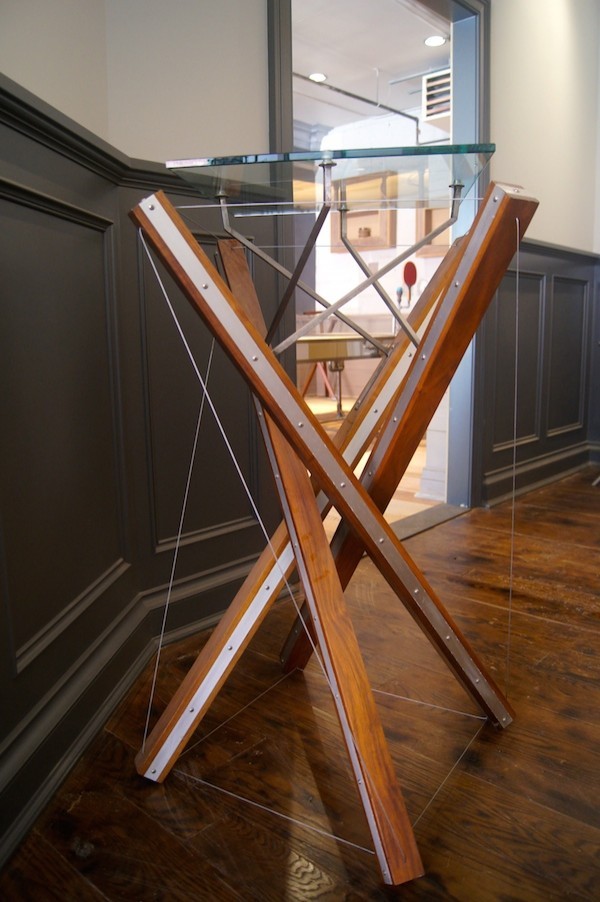 It wasn’t long before he needed a studio. He had been using the basements of homes he was renovating as space for his woodworking art. The Paramount had a space behind the train station in Huntington, called Unit 37 that he started using. Then the Paramount needed their space back. Yberg found a space in Northport, which was just a big unfinished garage and started using it as a studio hoping he’d also have the space to show his work. He didn’t have the room for both. So, he started converting the space into a gallery.

When Gallery 37 reopens it will show Akke Functional Art as well selections from other functional artists. All of it tied into the home. 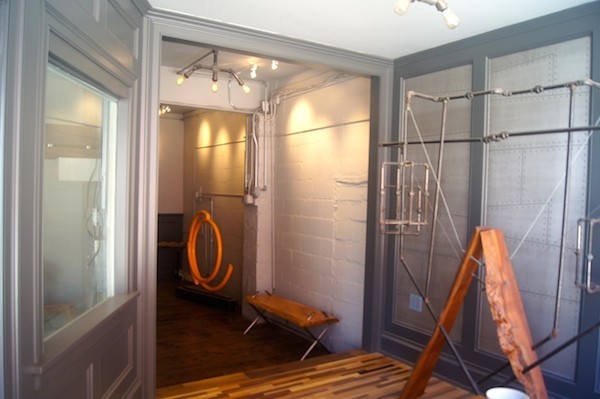 “When kids are growing up, creating memories in their home we’re creating the backdrop for that, that’s our work,” Yberg said.

Married with two kids of his own Yberg says he still hasn’t found his inner adult.

He is, however, always trying to create perfection in his work.

If you go:
Gallery 37
12B School St., Northport Village
Open Wednesday through Sunday noon to 6 p.m., and by appointment
Grand Reopening, Saturday, May 31 6 to 10 p.m.