The road is calling. Bikers do it better, Long Island Pulse editorial assistant Casey Dooley proclaimed in the June issue of the magazine. And now you want to join the club, but where do you go? John Greene, vice president of the Huntington Bike Club shared some the club’s favorite routes. 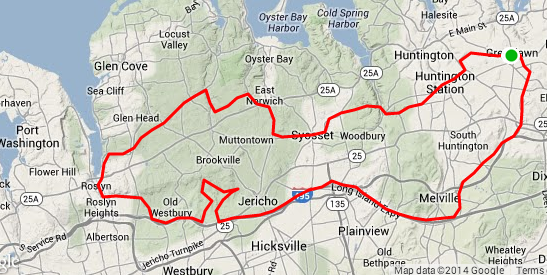 A 50.1 mile ride to and from Roslyn that should take just over 3 hours. 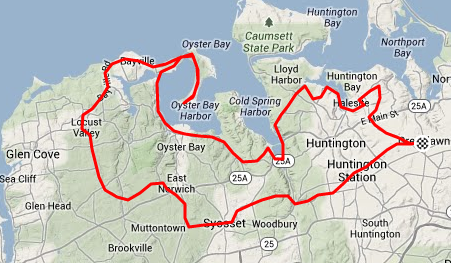 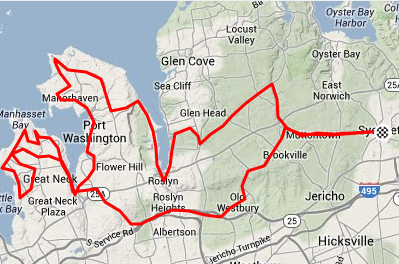 Start at the Syosst LIRR station and head west to Kings Point on a 61.8 mile ride that will take just under 4 hours. Greene says the ride from Syosset to Kings Point, gives fantastic views of the Throgs Neck Bridge and Connecticut once you arrive at the mid point. 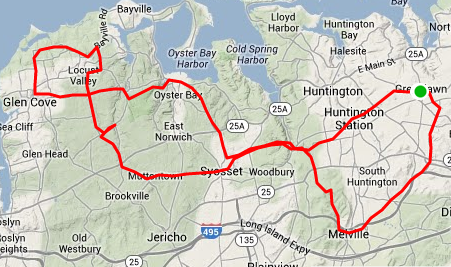 A 50.7 mile hilly ride on the North Shore will take just over 3 hours, but the club warns the road can be slow and gritty.

The ride to and from Westhampton Beach is just over 100 miles and will take 6 1/2 hours. The route takes you through the middle of island, to Hauppauge, Ronkonkoma,Coram, Middle Island, Shirley, then south through Moriches, Eastport, Remsenberg and finally to Westhampton Beach.

This is the ride on the Island that Greene says he looks forward to the most, and that you’ll find the quiet country roads mostly traffic free.

Stay Away From
Jericho Turnpike, Hempstead Turnpike and Smithtown Bypass.

Greene says those roads are heavily trafficked and have poor or non-existent shoulders and speeding cars.

Where are your favorite rides?