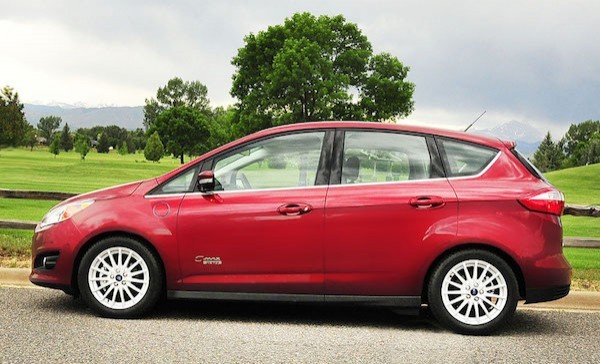 The time has come to pronounce electric cars a near-miss as far as world domination goes.  Unless you’re a rabid alternative-transportation geek, electrics are currently too much trouble, they have too little range and they take hours to recharge, though the industry aims to change that with faster-charging superstations.

That said, the C-Max succeeds where rivals fail.  It’s a combination gasoline-electricity vehicle, first, meaning range anxiety is considerably less, and it’s a more “drive-y” experience than its rival, Chevy’s Volt. The C-Max’s electric plug-in cord stores neatly under a compartment under the driver’s seat, unlike other manufacturers who make Dirk Digglerish hoses that quickly become a greasy, dirty mess in your trunk. Finally, it actually has some power as well as style.  My maiden journey took me on a 60-mile round trip to a club and back, and switching over from gas to electricity was elementary, with no real difference in feel. While I cruised, I felt the seat hug me like a friend and the sound system pumped deep, crisp tones into my cockpit. There you have what everyone’s after in a car – a feeling, a sensation that goes past the specs.

Its front wheel drive, 4-cylinder engine makes a blowdryer-ish 188 horsepower, but you’ll have no trouble with blastoffs or passing on the highway. Braking is a little numb. Mileage, the car’s strongest selling point, is a healthy 40-45 MPG.  Standard features include push-button start, dual-zone automatic climate control, a 110-volt power outlet, six-speaker audio system, Bluetooth, a USB port, satellite radio, rear parking sensors, a MyFord Touch touch-screen infotainment system and SYNC, which allows you to connect your smartphone via USB or Bluetooth and control it using voice commands.

I’ve been wary of plug-in cars ever since I ran out of juice in one and it took me 5 hours to get home. It wasn’t just the fact that the meter said I had enough electricity to make it back from Mom’s and I didn’t – it was the fact that once I found a place to charge the vehicle, it took a good three hours to zap me with enough electricity to get home. If some manufacturer comes up with a way to make a cheaper car that costs less, runs farther, lasts longer, looks better and is the same or less trouble than what we’ve already got, then the revolution will take place. Right now, Tesla notwithstanding, electric vehicles are seen by many people as toys. 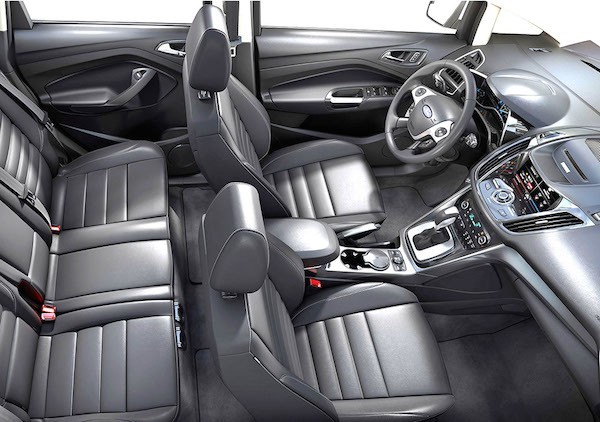