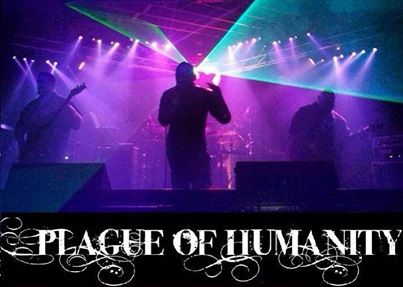 Photo Courtesy of Plague of Humanity

Local bands are competing against one another on social media for a chance to play at Nikon Jones Beach Theater this summer. Pulse Insider is catching up with the 19 bands competing to help you decide which one to vote for.

Pulse Insider: Give us your six word-pitch for why you win Digital Battle of the Bands:
Plague of Humanity: Recorded or live, we bring it

Pulse Insider: How did you get your start in music?
Plague of Humanity: I can’t speak for everyone, but for me (Larry Forman – Guitar) it was seeing KISS. I wanted to be Ace playing guitar in front of thousands of fans so my grandparents bought me a guitar, and the rest is history. Growing up in Deer Park, you either played music or sports and I sucked at soccer.

Pulse Insider: How would you describe your music to someone you just met:
Plague of Humanity: Picture NIN and Ministry jamming with Fear Factory and Crowbar. Guitar driven industrial metal with a groove.

I would like to say thank you from all of us in Plague of Humanity for giving us a listen and maybe we will catch you at one of our shows in the future.

The bands entered the contest by submitting a not more than 20 second video to the Fit for Fame Facebook app and from now until June 27 anyone can vote for a band’s video on the app. The band that receives the most votes will get to perform at Retro Fitness’s branded Side Stage at Nikon Jones Beach Theater on Aug. 13, 2014.

CEO of Retro Fitness, Eric Casaburi is very excited for the competition.

“Music is the fuel behind fitness,” Casaburi said. “We are holding this competition to help showcase the bands in the local community, because we know there is a ton of musical talent in Long Island. I love listening to live music.