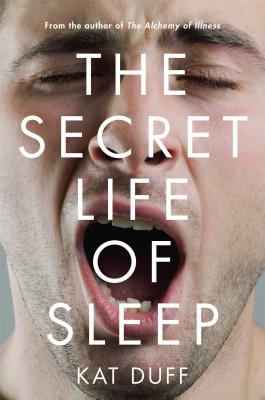 Seven hours of your life, gone – just like that.

You’d be annoyed if that happened while in traffic. You’d be angry if it was spent on-hold. And you’re not getting paid for it? Outrageous, but it happens every day of your life: seven hours, give or take, spent sleeping and you can’t account for it. You can’t even be sure you stayed in bed.

But is there a benefit from snoozing? Why do we lose awareness of our surroundings for a third of our lives? Read “The Secrets of Sleep” by Kat Duff, and find out.

That’s something that well over half of us howl several times a week, and nearly a quarter of us take a drug to fix it. That’s odd, really, since sleep is something we’ve practiced since birth.

Aside from the fact that sleep feels so darn good, though, why do we do it?

Scientists aren’t sure – it’s not like we can describe sleep while we’re asleep – but we seem to become drowsy because chemicals build up in our brains during wakefulness. The build-up slows down brain activity and soon, it’s lights-out time.

Of course, however, it’s not always that easy.

Sometimes, we toss and turn. We achieve near-sleep, but worries chase it away. We sleep, but vastly (even proudly!) underestimate exactly how much. Or we fall asleep, wake up for awhile, then fall asleep again – which is how scientists say our ancestors slept before the invention of electric lighting.

On the other hand, our ancestors likely group-slept – even in public, with strangers – so maybe never mind.

Still, sleep habits run along social and cultural lines. Work often influences our bedtimes and outta-bed times – although Ben Franklin’s advice (early to bed, early to rise…) means fighting natural circadian rhythms for ten percent of us. Some cultures co-sleep with infants and think it’s child abuse to do otherwise. We often to put babies to bed in total quiet, then wonder why we can’t tolerate a little night-noise. We wake up.

And when that happens – watch out! Studies show that too little sleep is a big problem in this country. But so is too much…

So how’d you sleep last night?

In “The Secret Life of Sleep,” author Kat Duff says she used to wonder why her elders asked such a strange question. The research she shares explains that, and so much more.

Using philosophy, science, research, new age beliefs, and personal anecdotes, Duff takes a look at sleep, beginning with the perfect almost-there sweet spot and ending with a good examination of the future of slumber. Along the way, we learn about dreams, drugs, and why your Mom was right when she told you that everything will look better in the morning.

Though there were times when I felt as though some of what’s in this book was common knowledge, that doesn’t make it any less interesting. If you’ve ever wondered what goes on behind closed eyes, I think “The Secret Life of Sleep” could be a dream for you.