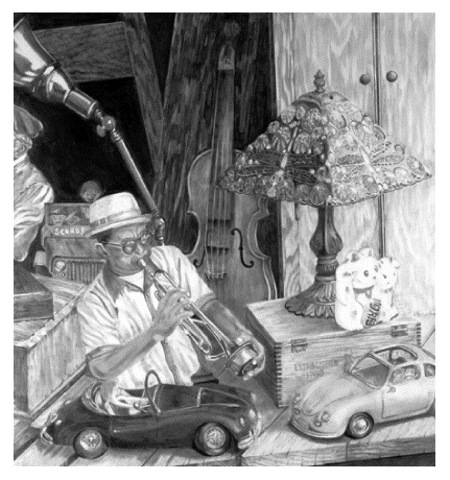 John D. Herz spent most of his life drawing in his spare time, but he never thought he would end up having a career as a graphite pencil artist.

“I was better than average, but I was never great,” Herz said. It had been seven years since Herz had drawn when his muse and wife, Nancy, took him to an art supply store on his 58th birthday. She told him it had been too long since he had drawn and to pick out whatever he wanted as a birthday gift.

With no formal training, he started to draw again using photographs he found online as a reference. He spent 10 months honing his skill and as his better than average drawings improved he began photographing his own subjects and turning them into drawings.

“It completely changed my life,” Herz said. “It’s hard now to go through a day without creating.”

As his new career as a graphite pencil artist progressed he started looking for ways to give back.

“When I realized I had a gift, I had to give back,” Herz said.

On Thursday, June 19, from 6 to 9 p.m., one of the ways Herz is giving back will be on full display at LaMantia Gallery in Northport. There, Herz is having a one-night art show to benefit The Max Cure Foundation. The pediatric cancer charity raises money for research to find cures for childhood cancers and to discover less toxic treatments for children and provide financial support to low income and military families that have a child battling cancer. 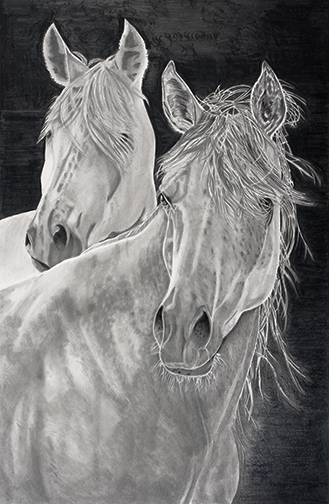 Herz learned about the foundation after his cousin’s grandchild was diagnosed with cancer.

“The Max Cure Foundation is such a wonderful organization,” Herz said.

Since its inception in 2008, the Max Cure Foundation has provided financial assistance to 78 families from 21 hospitals in 12 states, including six on Long Island.

Herz will be showcasing about 30 pieces of varying sizes at the show, of which 30 percent of the gross proceeds will go to the foundation. Some of the pieces will be original and others are limited edition signed and numbered prints.

His pieces showcase places and people that catch his artistic eye. Whether he is drawing a portrait or a still life his mission is to evoke emotion.

“I love the faces and the characters you see on the street,” Herz said.

Sometimes those characters are the homeless and Herz says he always gives money to them when they let him photograph them. Other times his drawings are of animals, such as “In Their Eyes”, a roughly 30 X 40 up-close print of two horses, or “One Man’s Junk”, a drawing he made from a photograph of a novelty storefront in Mystic, Conn.

Those and about 30 other pieces will be on display Thursday at LaMantia Gallery in Northport to benefit the Max Cure Foundation.