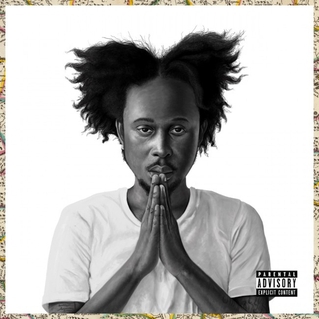 The easy comparison to make with Popcaan’s new album Where We Come From is that it sounds like the intersection of a Venn diagram containing Future and Buju Banton. I’m going to take that a step further though.

Popcaan’s Where We Come From sets him up as the first worthy successor to Buju.

Among a certain class of dancehall fan, this is akin to calling someone the “next Beatles” or “next Radiohead” (man, remember Travis?), so you can trust that I do not throw this claim out lightly.

In the 19 years since Banton’s dancehall/roots masterpiece ‘Til Shiloh plenty of artists have attempted to replicate his success and they’ve almost always missed the mark, putting out preachy albums over dancehall beats. Where Popcaan succeeds is that he recognizes Buju’s stance as a “complicated saint.” The sort of artist who can release some of the most uplifting, incredible singles the genre had ever seen and follow then up with the rum-pa-pa-pum swagger of “Champion” (or, if you’d prefer, release a song like “Untold Stories” and then get sentenced to 10 years in prison).

Similarly, Popcaan splits his time on his spaced out, futurist album between songs promoting positivity in the face of adversity and tracks that will tear a dance floor apart.

He strikes the balance so well, in fact, that it isn’t jarring when the undisputed king of aural menace Pusha T shows up for an outstanding guest spot in “Hustle.” It’s equally believable when he follows that up with two windable tales of across-the-club attraction (“Waiting So Long”, “Cool It”) only to transition into a conscious exploration of Jamaican street life (“Ghetto”).

No song better exemplifies the intricate poise of Where We Come From than “Hold On,” a Dre Skull-produced track that warps a beat reminiscent of “Duffel Bag Boy” into an empowering march directed squarely at disenfranchised youth.

While Popcaan’s success was virtually guaranteed after a co-sign from dancehall’s “world boss” Vybz Kartel, very few people expected an album of such quality. Much in the same way that Buju shocked the world in ’95, Popcaan is defying expectations with a perfect blend of radio-ready dance hits and thoughtful shout-outs.

Here’s hoping that Popcaan can keep this balancing act up. There’s certainly enough material for him to work with. As Buju himself said, he “could go on and on the full has never been told.”