I want to love every car I drive, especially if it’s orange, like the 2014 Challenger Shaker I threw around a forested roadway on a gorgeous afternoon recently. For those unfamiliar, the Challenger was an afterthought to the exploding popularity of gulping, gorgeous American muscle cars of the 60s, but it was never the phenomenon the Mustang or the Camaro were. The Challenger’s legend loomed large, though, despite its short life, thus it was redesigned and re-launched in 2008 and is doing well enough that Dodge keeps making them.

The 2014 Shaker succeeds with said orange covering a body any fan of reissued classic American muscle cars would love. It’s got a for-real functional – as opposed to decorative – air intake on its uniquely carved, ballsy hood, with (optional) decklid stripes. Its 20-inch polished aluminum wheels look mean, masculine and ready for action, and the car also comes in assorted colors equally capable of putting you in touch with your inner Mannix, like Pitch Black, Billet Silver Metallic, Plum Crazy Pearl and others.

Inside, too, is swank and satisfying, with upscale leather seats, a high-performance flat bottom steering wheel, a bright pedal kit, black trim bezels and the Shaker logo here and there.

Where it punks out is in its get-up-and-go. Despite its V8 and 375 horses, a governor prevents you from redlining too far, so each gear quits and forces you to upshift before you can get any kind of insane roar, never mind real velocity. Sure, it’s for the engine’s own good to have a mother hen physically stopping you from punishing a car that’s supposed to be punished, but this car is more a steady cruiser than a “Challenger,” unless you’re challenging a Toyota Echo or a Chevy Cobalt.

We shouldn’t be overly surprised, though – the original Challenger, offered with no less than nine different engine choices, featured one 6-cylinder configuration making a blow dryer-ish 145 horsepower. Hardcore fans went for the Hemi V-8, 425 horsepower trim.

Did I love the Challenger? Let’s keep that between me and the car, which I had to have a heated discussion with more than once, more than twice while trying and failing to get it to do what I asked of it before realizing it simply could not.

The Shaker has hell of a rumble, though. It also looks great and feels good to drive, and its exclusivity – Dodge is only making 1,000 of them – makes it worth a drive, or even a buy. 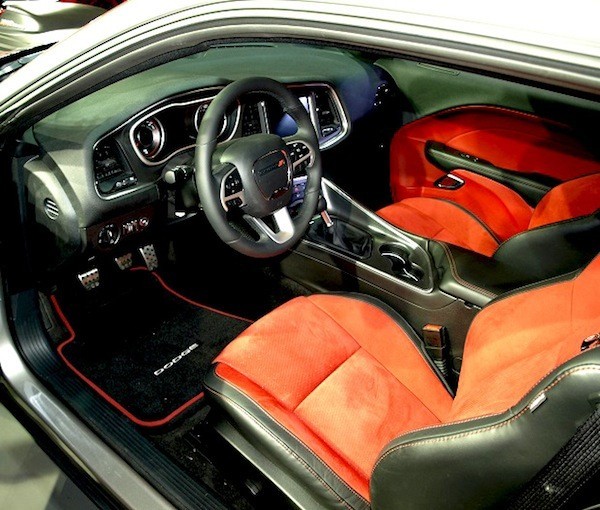