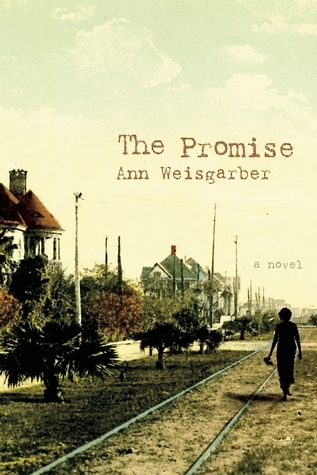 It was a vow you took very seriously.

Friends forever, you said in school. Til death do you part, you uttered in front of an altar. Semper fi, on my honor, read my lips, it’ll get done, I’ll be there.

It’s easy to make a pledge to someone. It’s not always easy to keep it – especially, as in “The Promise” by Ann Weisgarber, the covenant is a big one.

Catherine Wainwright was well aware that she’d caused quite a scandal.

It was bad enough that she’d kept company with another woman’s husband. It was brazen to touch Edward’s arm in public and they were seen alone together at night, which made tongues wag. But what really caused Dayton’s society women to shun Catherine, to make her a pariah, was that the man was her handicapped cousin’s husband – and such audacity in the year 1900 was simply unforgivable.

Her piano concerts were canceled. Friendships ended. With her money almost gone and her mother unwilling to help, Catherine turned to a stack of letters from a suitor she’d spurned eight years before.

Catherine and Oscar Williams had known one another in school, their relationship stiffly cordial. Once he moved to Texas, they spent years corresponding through the mail but she’d wanted nothing to do with his working-class existence. Now, panicking, she wrote to him, and learned that he was a recent widower.

“My Son is in need of a Mother.” he wrote three months later. “I am in need of a Wife.” And so, in desperation, Catherine packed the belongings she hadn’t already sold, and boarded the train to Galveston…
Nan Ogden took pride in her roots and her stubbornness. She also knew that the word of a Texas woman was steel, so when she promised Oscar’s dying wife that she’d help Oscar raise his son, Nan was determined to keep her vow.

But it wasn’t going to be easy with the new Mrs. Williams in the house. Oscar and every man in Galveston saw Catherine’s loveliness, but not her laziness. So why couldn’t Oscar also see that Nan was really the better woman for him?

One good book. That’s all you need this summer – just one book that you can put down if you need to, but that you won’t want to.

And that describes “The Promise.”

With a real historical event as her background, author Ann Weisgarber spins a story of two women who are more alike than they’d ever admit, and the reasons they eventually learn of that truth.

That’s cause enough to become totally captivated by this novel, but what struck me most was the way in which this story is told: Weisgarber deftly turns the clock back 115 years, immersing readers in social mores, turn-of-the-last-century life, and tiny details of day-to-day survival. That, plus wonderful characters, makes this book a winner.

Just be prepared with a tissue, that’s all I’m going to say. Bring a box of ‘em, in fact, because this book proves that “The Promise” isn’t all that can be broken.