Envision yourself in a far away land where acres of desert sands meet boundless palaces and towering skyscrapers. Where sheikhs and crown princes reign and Maseratis careen towards you. It’s a place that vacillates between antiquated Arabic tales and modern-day businesses. A city that lives lavishly but still stays true to its native roots.

This stunning and baffling land is Dubai, United Arab Emirates where life burns bright and normal no longer exists. 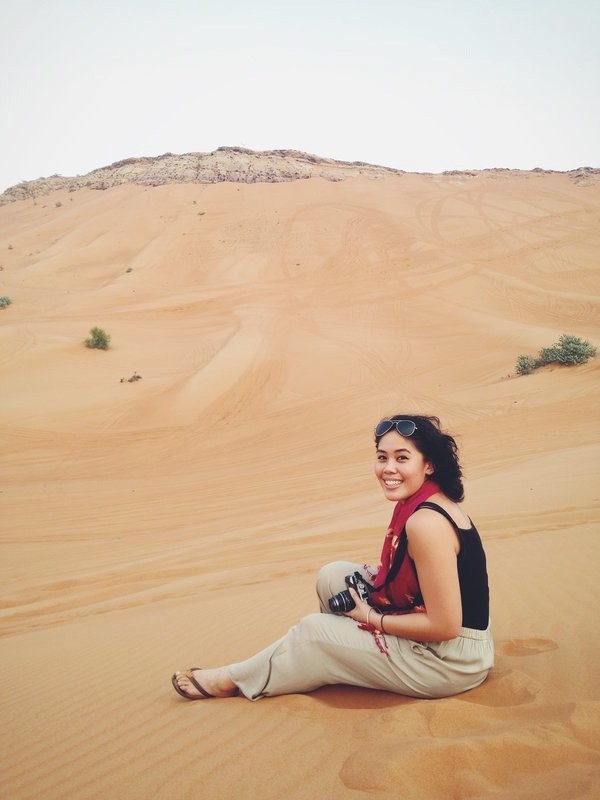 Detour in the Sharjah Desert

With indoor ski resorts and mosques made completely out of gold, it’s home to what your heart could never imagine. Where holding hands in public just became acceptable and terms of love are far different than ours. Dubai is a must-go-on adventure for all those seeking variety.

Dubai’s attractions are often mentioned in magazines, and the seemingly futuristic image of the shark swimming its way throughout The Dubai Mall Aquarium is one of the most memorable pictures on Tumblr to this day. But I wasn’t convinced. Was this place as out-of-this-world as people depicted it to be?

Well, the instant I stepped on to the courtyard of The Dubai Mall and stared up at the sky to the Burj Khalifa, I felt so amazed it was king of terrifying. Never in my life had I seen something so tall and mighty. I was mesmerized. 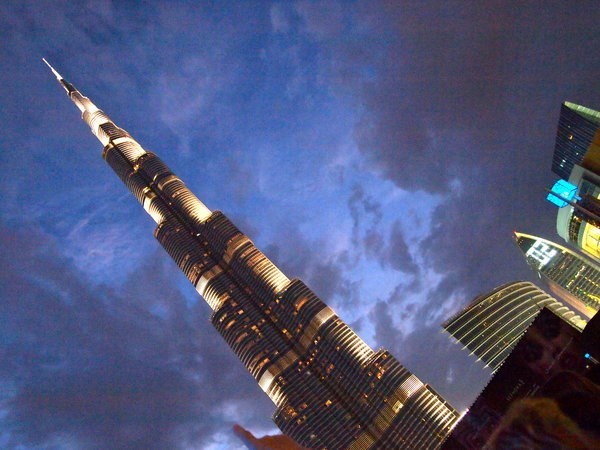 Burj Khalifa at nighttime
That moment was one of many countless encounters with mesmerizing visits and people all over the Emirates. In Sharjah, burnt red desert sand stretched for what seemed like a million miles and led to safari campsites and camel farms. In Abu Dhabi, the golden and palatial Sheikh Zayed Mosque illustrated the marriage of Arabic traditions and their prosperity perfectly. And, of course, locals and ex-patriots each had their own story of how Dubai has brought them and their families so much opportunity.

Boredom was never an option in Dubai. The place knew how to satisfy any craving and fulfilled the hunger for adventure. Not only is this city home to state of the art buildings and mirages, but it’s home to a wide selection of the most delicious Arabic and Middle Eastern cuisine I have ever tasted.

Just across town in Deira is the Samad Al Iraqi Restaurant where lunch began with a light, refreshing pea soup and endless naan bread. The waiter brought out what I didn’t know would be the best lamb and chicken biryani I’d ever taste. The plate was piled with basmati rice, vermicelli, chicken, and lamb. It filled the room with the essence of cinnamon, tumeric, cardamom, and cumin. The meal was topped off with Arabic tea and my taste buds and I were happier than ever.

Dubai’s magical story of how the Burj Khalifa and manmade Palm Islands developed in a short amount of time is a tale to be globally known for. It has quickly become the center of culture for the Middle East and Persian Gulf, and also a limitless hub for international business. All of this – plus its infrastructure, quirky nature, and delicious food – can impress anyone who visits. It is certainly a place worthy of anyone’s travel bucket list.