Summer on Long Island means many things: Flowers, birds and beaches from the edge of Queens all the way to Montauk Point. Another perennial feature of summer is the local theater lineup, for which venues across the Island provide air-conditioned entertainments to rival the siren song of the outdoors. A quick look at the proverbial “theater near you” shows a lively assortment…

BAY STREET THEATER
As new artistic director Scott Schwartz told Pulse in a May interview, “the audience out here is smart and knowledgeable about theater… so I want to give them cutting-edge, fresh work they can’t see anywhere else.” That includes a summer season that began with a world premiere drama (Carey Crim’s Conviction), continues with Tom Stoppard’s farcical Travesties featuring Richard Kind (Jun 24-July 20) and concludes with My Life is a Musical (July 29-Aug 31), a world premiere that has commercial producers attached. “It’s got a tuneful, rock-based score with wonderful songs,” promised Schwartz, “and it shows how we must learn to love those things about ourselves that are different because they make us who we are.”

For those who love comedy, Bay Street will utilize its Comedy Club to showcase such stand-ups as Heather McDonald (Jul 7), Bobby Collins (Jul 14) and Bob “no relation” Marley (Aug 11).

BROADHOLLOW THEATRE CO.
Though most of its shows fit the stereotypical summer profile of musicals and light comedies, BroadHollow is making room for a darker entry or two including The Elephant Man—Bernard Pomerance’s tale of a deformed man who simply wants to be treated with dignity. Last revived on Broadway in 2002, the play is scheduled for another Broadway production this fall featuring Bradley Cooper, though tickets there will cost a lot more than the $14-25 BroadHollow will charge. 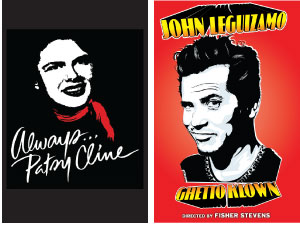 DIX HILLS PERFORMING ARTS CENTER
Executive director Sandy Hinden told Pulse that 12 years ago the DHPAC started as a venue for student productions, grew to showcase rock tribute bands and is now able to host “world-class entertainers.” This summer, those include comedian Robert Klein (July 5), songstress Julie Budd (July 25) in They Wrote the Songs and the enduring Uncle Floyd (Aug 2).

Less known is singer and humorist Jordan Bennett, whose The Show features tunes from Spamalot, Les Miz and Fiddler and whom Hinden calls, “Tops! He’s like Brian Stokes Mitchell quality. You really can’t get better than he is.”

GATEWAY PLAYHOUSE
It’s familiar family entertainment all the way at Gateway this summer, with Mary Poppins opening her umbrella (July 2-19); Nellie Forbush washing that man right out of her hair in South Pacific (July 23-Aug 9), the musical impersonators of Legends in Concert returning (Aug 13-17) and The Addams Family being creepy, kooky, mysterious and spooky (Aug 27-Sept 13).

JOHN DREW THEATER, GUILD HALL
Didja miss John Leguizamo’s last Broadway solo? He’s been touring Ghetto Klown, another autobiographical look at his difficult climb to stardom and now the fireworks come to East Hampton for one night only (July 3). On the cabaret front, Christine Ebersole warbles Aug 17 and Linda Eder belts Aug 31. Those in the mood for a full play can get their fill July 16-Aug 3, when Marlo Thomas returns to a comedy she did at New Jersey’s George Street Playhouse late last year. Clever Little Lies, by author Joe DiPietro (I Love You, You’re Perfect, Now Change) deals with a family buckling under the weight of its secrets.

JOHN W. ENGEMAN THEATER
Once a mainstay of summer theater, Neil Simon comedies have become far less frequent thanks to more adventurous programming and the emergence of that Simonesque Canadian, Herb Foster. Still, now and then, the master emerges, as when the Engeman Theater revives Plaza Suite (thru Jul 13), a trio of one-acts all set in the same hotel on the same weekend. (Those with long memories may recall the 1971 film version starred Walter Matthau in all three vignettes.)

MINSTREL PLAYERS
While many other theaters try to make everything old feel new again, this 14-year-old troupe is offering its third annual short play festival (Jul 26-27), this year titled “Scenes from the Zone.”

NORTH FORK COMMUNITY THEATER
Quickie quiz: Despite his many credits, only one Adam Sandler film has been made into a Broadway musical to date. Which was it? The Wedding Singer, which ran more than half a year at the Al Hirschfeld Theater in 2006. North Fork’s Youth on Stage company is tackling the show Jul 24-Aug 10.

SMITHTOWN CENTER FOR THE PERFORMING ARTS
Last summer, Smithtown PAC pushed the envelope with the rock musical Bloody Bloody Andrew Jackson, about a president-to-be with rock-star charisma. This year, the venue follows a much less controversial but equally boyish protagonist—even if he is played by a girl. Peter Pan runs Jun 28-Aug 24.

SUFFOLK THEATER
Now in its second year since undergoing a major renovation, the Suffolk Theater continues to concentrate on concerts rather than full productions, but this summer will offer a weekend run of Always…Patsy Cline (Jul 20-21) and the Hamptons LGBT Comedy Festival, featuring Sandra Bernhard (Jul 18), “Kids in the Hall” alum Scott Thompson (Jul 19) and Coney Island Burlesque (Jul 20).

David Lefkowitz founded TotalTheater.com, co-publishes Performing Arts Insider and hosts the Dave’s Gone By radio program (davesgoneby.com). He co-wrote and directed the stage show, Shalom Dammit! An Evening with Rabbi Sol Solomon, an early version of which may be viewed in its entirety at shalomdammit.com.