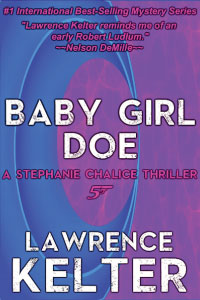 Baby Girl Doe: A Stephanie Chalice Thriller
By Lawrence Kelter
The 5th installment in this exciting series finds Stephanie Chalice, a witty and willful NYC homicide detective, embarking on a Montauk vacation with her family. It turns out to be no ordinary trip though, as their East End rental cabin burns to the ground on the first day and Chalice learns that there have been two unsolved homicides in the area. She becomes determined to solve both cases, putting together pieces of the puzzle that the local police have overlooked. Even on vacation, this gutsy lady never hangs up her policewoman’s hat and is soon hard at work on one of the most astonishing cases of her career. 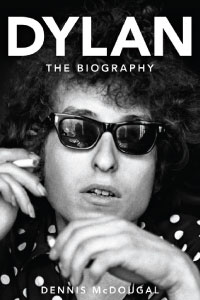 Dylan: The Biography
By Dennis McDougal
McDougal explores the stories and myths that surround the iconic Bob Dylan as no one has done before. The author enjoyed unprecedented access to friends, family and fans and weaves their input together into a description of how Dylan transformed himself from a nebbish Minnesota boy into one of the most influential artists of our time. McDougal exposes new facts about the singer-songwriter’s personal life, including the women in his life, his drug use and the stories behind some of his most famous records (including his habit of sometimes “borrowing” lyrics). 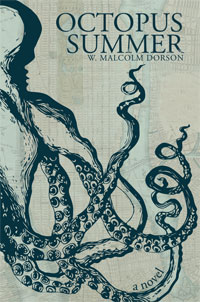 Octopus Summer
By W. Malcolm Dorson
Dorson’s first novel takes us inside the world of Callum Littlefield, a modern day Holden Caulfield who has recently been kicked out of prep school for selling drugs. Abandoned by his emotionally distant parents, Littlefield is forced to go live with his crazy grandmother on her Long Island estate, which is filled with an array of colorful characters. He is put to work with her “servants” but escapes at night, partying on the North Shore with some of his old friends.

Littlefield eventually escapes to his parents’ townhouse in Manhattan and falls in love with a young woman who helps change the course of his life. 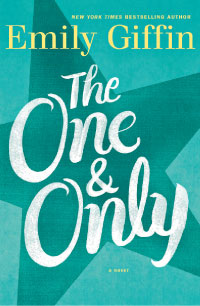 The One & Only
By Emily Giffin
Beloved New York Times bestselling author Emily Giffin’s eagerly awaited new novel tells the story of Shea Rigsby, a 30-something, football-obsessed young woman who has never left her small Texas hometown. Not only does Rigsby still work at her football-saturated alma mater, Walker University, she tends to date fellow alumni and socializes exclusively in football circles.

There’s nothing in her life that promises to help her grow out of her life-long obsession, except, that is, for her long-standing crush on the coach of her college’s football team—who also happens to be the father of her best friend. When tragedy strikes their small town, Shea is finally forced to confront who she is, the decisions she has made and the direction she wants the rest of her life to go. Shea learns the hard way that the keys to successful football—commitment, conviction, hard work, trust—also apply in her own life. Giffin deftly explores identifiable issues of following one’s heart and one’s loyalties, and the difficulty that can arise when attempting to reconcile the two. 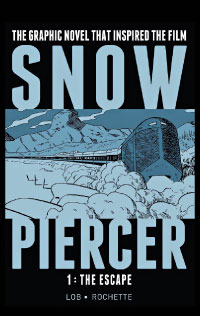 Snowpiercer Volumes I and II
By Jacques Lob and Marc Rochette
Originally published as French graphic novels in the 80s and released in English earlier this year to accompany a film, Snowpiercer has been an underground classic in Europe for decades.

Although a comic book in format, the series offers a fresh take on the dystopia genre—providing a bleak vision of mankind in a forced social stratification, post global-warming world. The planet is in the grips of an ice age and the sole human survivors live onboard the Snowpiercer—a 1000-car train powered by a perpetual motion engine that endlessly circles the planet. The train, of course, is a microcosm for society. The “riffraff ” live in horrid conditions in the rear while the “higher-ups” dwell in the luxurious forward cars. The drama in the first installment derives from a caboose passenger who escapes forward and uncovers a plot to cut the rear cars free.

Snowpiercer Volume II picks up where the first ended. The passengers, who had previously believed themselves to be Earth’s sole survivors, encounter another Snowpiercer train—this one bigger, badder and more efficient. The collected series is stark, bold and intellectual to a degree that belies the simplicity of the graphic novel format. 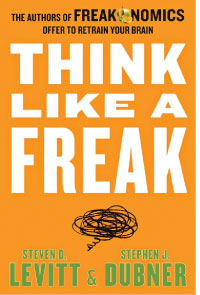 Think Like A Freak
By Steven D. Levitt and Stephen J. Dubnerr
In the first two books of this highly successful series, Freakonomics and Super Freakonomics, Levitt and Dubner—an economist and a journalist—put forth a new way of looking at societal trends with their own “freaky” set of economic principles. By challenging conventional wisdom and taking an innovative perspective on prevailing trends, Levitt and Dubner were able to make economics seem fun and interesting to the layperson.

In their third installment, Think Like a Freak, they provide fresh, practical examples (as well as revisiting some old ones) while providing the reader with specific tools on how to apply the principles of economics to daily life. Filled with helpful tidbits such as “think small,” “don’t fear the obvious” and most importantly, “have fun,” they reiterate the importance of approaching problems in a new way, illustrating how applying an economist’s tools to everyday challenges can provide startling results.