There’s a distinctive smell to bakeries. At least in an old-fashioned bakery. It’s the smell of bread slowly baking, of fresh cookies cooling and coffee left brewing all day long. It’s a smell Nancy Kouris wants you to remember.

“We want people to remember what it was like to go to a bakery on a Sunday morning,” Nancy who owns Blue Duck Bakery with her husband Keith said.

Step inside one the four Blue Duck Bakery locations on the island and you’ll find an assortment cookies, pastries, and of course bread. 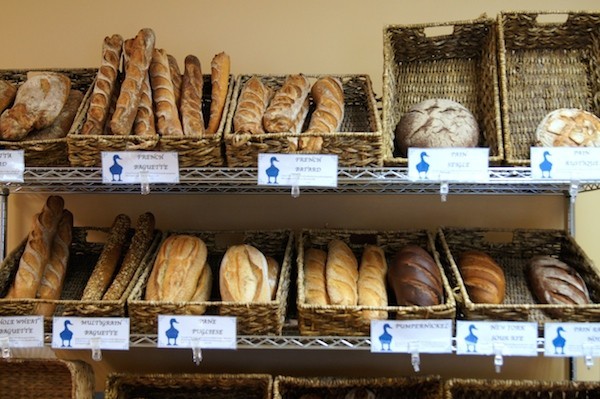 In the back of the Southold location, 56275 Main Street, is where Blue Duck Bakery bakes most of their bread. You’ll find Keith and a few other bakers working diligently on the artisan bread. Every bread Blue Duck makes is touched by hand. 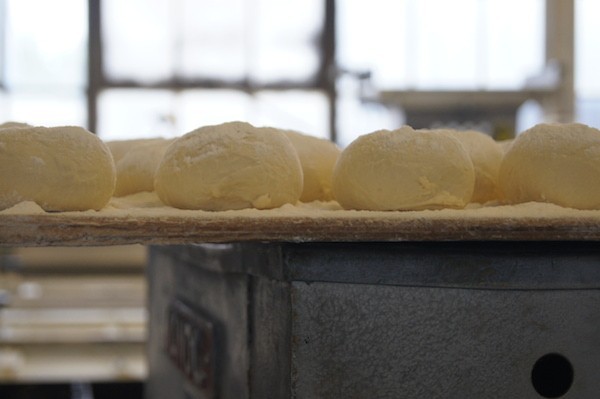 High school sweethearts Keith and Nancy have been married for 36 years and they’ve always been entrepreneurs. They owned a deli in Huntington years ago that also had bakery and baker.

“One day the baker didn’t come in and we had to figure it all out,” Nancy says with a laugh.

They lost the lease on that place and moved to Lindenhurst to start a bakery but Hurricane Gloria did them in and Keith ended up working at King Kullen. It was there, at a time when the supermarket was hiring bakers to make their own pastries.

“For a while there were no bakeries on the island because all the bakers went to King Kullen,” Nancy said.

Not great if you wanted artisan bread but good for Keith who learned from all those bakers and then using his vacation time went to the French Culinary Institute where he studied in their Bread Baking Program. Keith wanted to bring artisan bread to the supermarket but it wasn’t feasible for King Kullen, which would have had to switch out a lot of equipment so, Keith and Nancy started Blue Duck Bakery in Southampton in 1999.

“I wish there was a wonderful story about the name, but honestly we were just playing with names and that was one that stuck,” Nancy said, adding it’s been great brand building name.

Keith and Nancy expanded as they outgrew stores although you wouldn’t know they were in for success at the beginning when Nancy says they threw away tons of bread.

“Everyone was so use to soft supermarket bread, they thought out crusty bread with is sourdough smell was stale,” Nancy said. 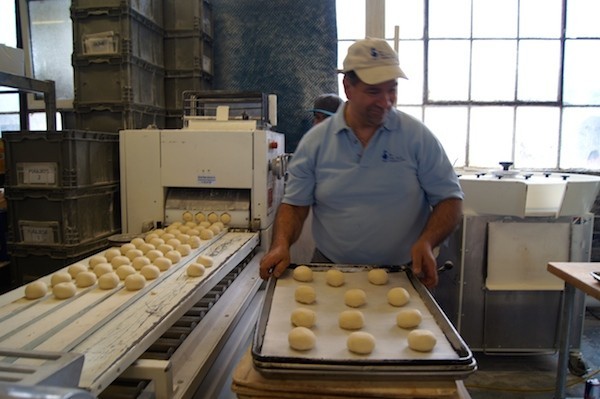 Now, thanks in part to the farm-to-table movement and artisan bread movement most people that come know what the bread is suppose to be like and are looking for it.

Blue Duck Bakery is all in the family. One daughter is the office manager another daughter does the famers markets and Nancy and Keith’s son had worked in the bakery although is now working for MTV Viacom. And while, Nancy says they’re not sure if their children will someday want to take the place over for now they hope to continue to grow and educate people on artisan bread.

Pulse Insider is featuring small business owners from a different Long Island neighborhood once a week—and we’d love to know about your favorite small business. Tells us your about your town’s best small businesses and we might feature them in an upcoming story.