As an unabashed Television junkie I used to lament the summer months. The Networks mostly burned off episodes of cancelled shows or aired movies-of-the-week we’d already seen in theaters. Occasionally there was a lurid mini-series or two. About the only thing worthwhile were reruns of shows I may have missed during the regular season. However, with the advent of year-round cable broadcasting proving that folks will watch new episodes on a weekly basis, plus the affordable accessibility of mobile devices allowing anyone to take on demand viewing anywhere and everywhere, the four main broadcast networks have finally wised up. The schedule isn’t quite as full as it is in the fall, but there is still plenty to watch. CBS kicks off its summer programming this week with a trio of premieres, one new along with two returning favorites. 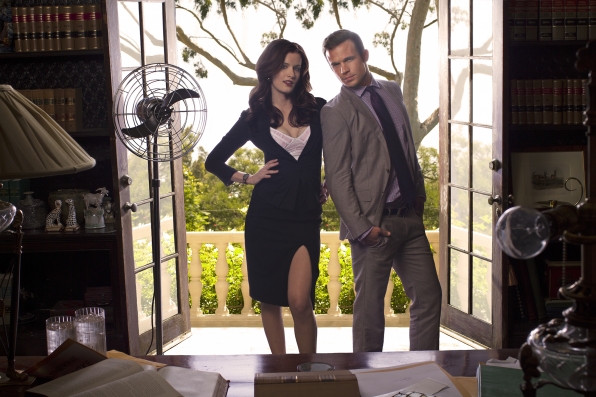 First up is “Reckless,” a hot and sultry legal drama, with an emphasis on hot. The show is filmed and set in Charleston, South Carolina and the heat is not just apparent due to the setting, but also between the characters. Cam Gigadent plays new City Attorney Roy Rayder with a vulnerable Southern charm that serves him well outside the courtroom with his latest opponent, Chicago litigator Jamie Sawyer. Played by Anna Wood, Sawyer uses her considerable smarts in court as well as a myriad of savvy tricks outside. The two eventually find themselves on the opposite ends of a local police scandal that threatens to impact both of their lives. The chemistry between Gigadent and Wood is as palpable as the Deep South humidity that gives all the characters a constant sheen. This show is fun and sexy and should develop quite the following. 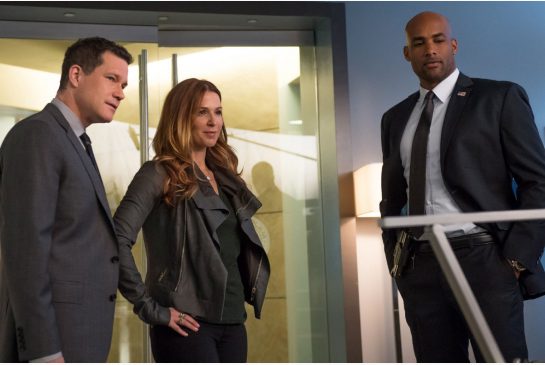 The little show that could, “Unforgettable,” returns for a third season this week. Cancelled after a so-so first season, CBS abruptly gave it a reprieve last year with a revamped second run of episodes during the summer. The soft reboot seemed to do the trick as it proved enough of a favorite to return again this year. Carrie Wells (Poppy Montgomery) and her former boyfriend and partner, Lieutenant Al Burns (Dylan Walsh) return with their NYPD Major Crimes team of Detectives Cherie Rollins-Murray (Tawny Cyprus) and Jay Lee (James Hiroyuki Liao) and Captain Eliot Delson (Dallas Roberts). The premiere does a great job of quickly reminding viewers of the hook of Wells’ hyperthymesia, a rare medical condition that gives her the ability to visually remember everything, while diving right into the case of the week. Whether you’re new to the show or just need a refresher, you’re covered and won’t be distracted from the action and subtle rekindled romance between the leads. 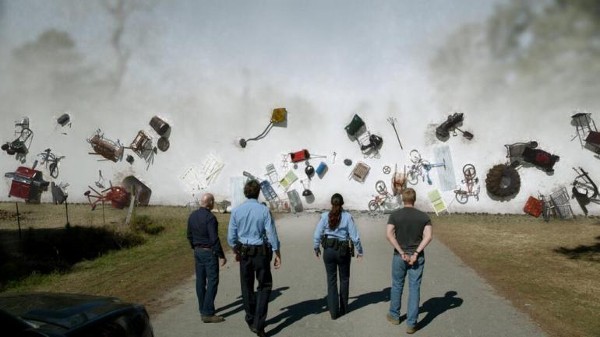 Lastly we have the season two premiere of “Under the Dome”, last year’s smash hit and highest drama summer premiere on any network since 1992. Based on the Stephen King novel of the same name, the start of the new season picks up literally one second after last year’s finale. This episode is a roller coaster ride as we immediately learn the fate of Mike Vogel’s Dale Barbara, watch the dome react in a new and dangerous way, see the shocking death of a favorite main character and get introduced to two previously unseen mysterious residents of Chester’s Mill. All that happens in the first ten minutes before we even get to the opening titles. King himself penned this starter which wraps up the cliffhangers from season one and propels us on our journey for this year. Allegiances are tested, new ones are forged and the closing moments may give us a second major death. Next week can’t come soon enough!

That’s it for today, check back next week for more major TV events. Special shout out to “Community,” which just got an eleventh hour season six pickup courtesy of Yahoo! Screen. Six seasons and a movie just got more real. I’ll be keeping an eye on that deal over the coming months and will let you know the details as they develop!