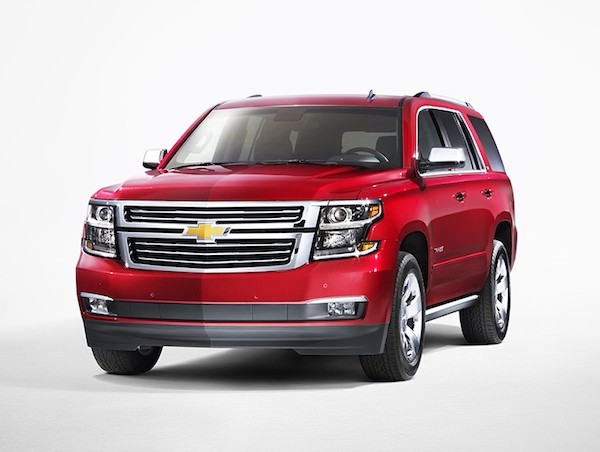 SUVs, like anything enjoying through-the-roof popularity, received as many raspberries as huzzahs in their mid-2000s heyday. You can’t really insult them anymore, though. “You’re too big!” and “You guzzle too much gas!” bounce off their 6,000 pound hides like a spear hurled at a rhinoceros. The Tahoe was and remains a prime target for the anti-SUV crowd – and it cares not.

The mighty Chevy Tahoe, as of 2015, is still V-8 powered, glug glug, but now it’s direct-injected with cylinder deactivation coupled with a 6-speed automatic, so you get somewhat better mileage – 16 MPG in stop-and-go, 22 on the highway. The interior is more car-like than ever, with high-end leather and state-of-the-art technology everywhere you look (but fake wood) and a kid could drive this thing – that’s how butter-like the steering, acceleration and braking are. The effortless turning is due to electrically assisted steering, which also benefits mileage. A 4.2-inch digital display between the gauges can show speed, trip-computer, or infotainment data. The vehicle’s a little noisy at speed with the windows down, but take that up with Mother Nature, not GM.

All-wheel drive is optional, but you’ll want it given the amount of flaky white stuff mother nature’s been raining on the Island of recent winters. The Tahoe also features Magnetic Ride Control on its top-level LTZ trim – dampers smoothing out road bumps and keeping the vehicle’s body from being a bobblehead. Works great on beat-up roads and at slow speed but on highways, it’s a tad jittery, so stay off your phone, keep your eyes on the road and remember this thing isn’t driving itself despite a feel that it’s all taken care of. Also, got a boat? Good. The 2015 Tahoe features a towing mode that’s more responsive than in previous years, holding gears longer and downshifting sooner. The four-wheel-drive trim can haul up to 8,400 pounds; two-wheel drive, 8,600 pounds.

The Tahoe survives, the Tahoe thrives, and the Tahoe is a guilty blast. 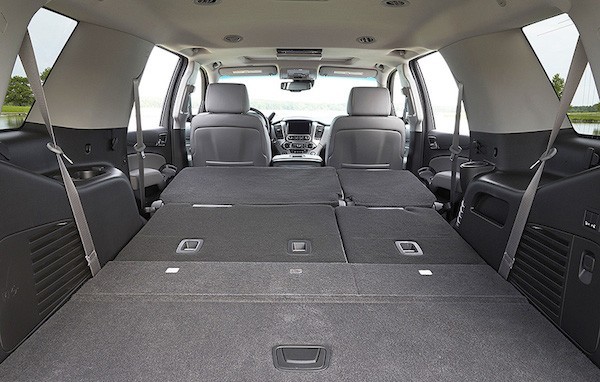