“Travesties,” the Tom Stoppard play running until July 20 at Bay Street Theater in Sag Harbor, is truly a one-of-a-kind production. Set at first in 1974, the play stars Richard Kind as Henry Carr, worker for the British Consulate, reminiscing about his time in Zurich in 1917, when he was involved in a production of “The Importance of Being Earnest.” He crossed paths with many historical figures while working on the production, including writer James Joyce, Tristan Tzara, founder of the revolutionary artistic movement called DaDa, and Vladimir Lenin, the Russian political revolutionary. Carr recalls his interactions with these extraordinary people. 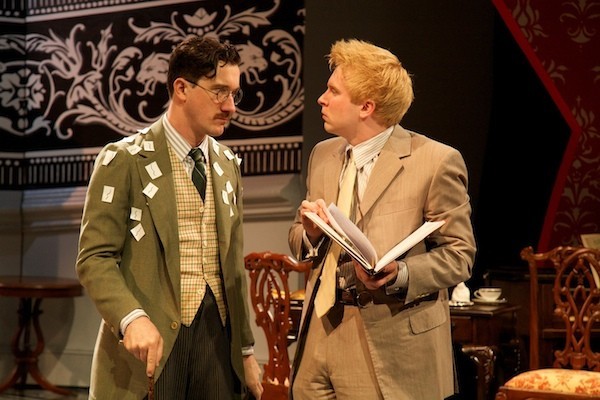 The play puts historical figures in a fictional context in order to explore the revolutionary movements that were brewing in Europe at that time.

“The play plays with the difference between the revolutions in art …and then the revolution of actual human political, social revolution, which ends up really changing the economic and political and cultural world,” said Andrew Weems, who plays Lenin.

It does this through humor, incorporating singing, pie fights and strip teases in with the more serious subject matter. Audiences will not only learn from “Travesties,” they will laugh at it.

It is a challenge playing such well-known historical figures in a comedic context, but Isabel Keating, who plays Lenin’s wife Nadezhda (pronounced Nadya) Krupskaya, has fun putting on a Russian accent, and even finds admirable qualities in her character, though she doesn’t agree with her actions. Krupskya’s strength stands out to Keating. 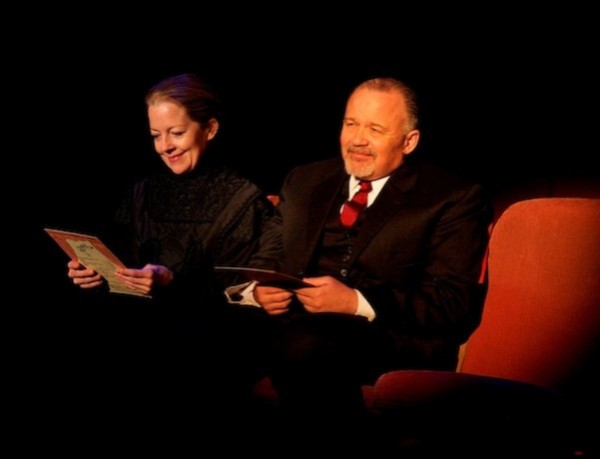 “Now we complain ‘Oh, I didn’t get the tomatoes that I wanted,’. . .Meanwhile, they lived through being in prison for a year…and coming out and actually achieving what they wanted to do. I think there’s something to be said for
de and endurance,” she said.

The complex subjects in the play teach the audience while entertaining.

“You leave the play maybe not understanding everything, but certainly feeling like you’ve increased your neurons,” said Keating.

Audience interpretation is an important part of the experience. 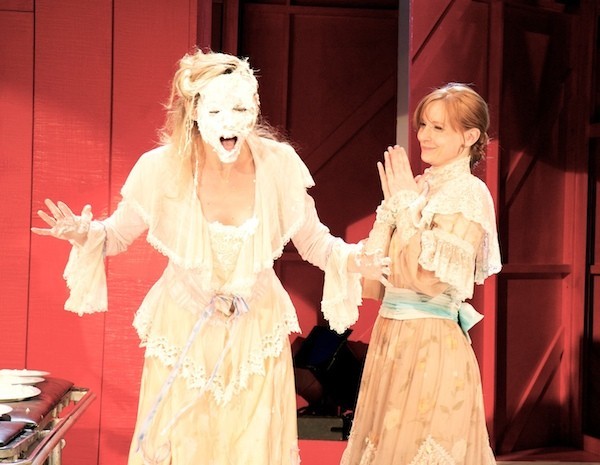 “Most of the time when you go to the theater, it’s like a snow globe, it’s a perfectly enclosed little thing that’s handed to you. This is like a snow globe that’s been knocked off the table and the glass is shattered on the floor,” Weems laughed. “It’s your job, in your mind, to put the snow globe back together again.”

Up for such an entertaining challenge? Run to see “Travesties” at Bay Street Theater before it closes. 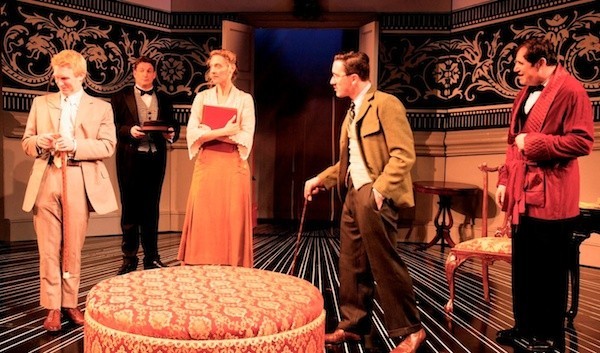