It’s time to catch up on how the citizens of Chester’s Mill are faring “Under the Dome.” So far this season we’ve lost two main characters, gained some really mysterious and menacing new ones and have seen the titular Dome (or whoever is behind it) crank up the crazy. Oh, and we’ve also seen that an often spoken about and long thought dead character is still very much alive and watching our little town of mayhem from outside the invisible barrier. At this point, “Under the Down” has really mastered the tight-rope walk of answering questions while raising others. It is also very good at juggling storylines. 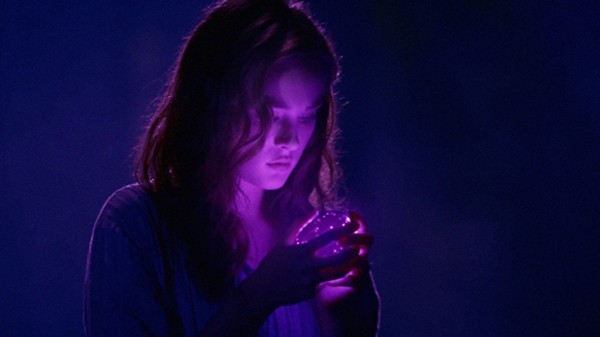 This week we finally get some answers about the mysterious Melanie Cross (Grace Victoria Cox). It turns out that Melanie died many years ago. It also appears that she was BFFs with the also deceased wife of Big Jim (Dean Norris) and mother of Junior (Alexander Koch), Pauline (played in the present day by Sherrie Stringfield). The two girls were high school sweethearts with two boys relevant to our storyline; Pauline with Lyle (Dwight Yoakam) and Melanie with Pauline’s brother Sam (Eddie Cahill). The four of them came across a fallen meteorite one night that contained the egg that seems to be linked to the Dome. After picking up the egg, Melanie was pushed by someone soon to be suspected by episode’s end which resulted in her death. The next thing she knew she was in the middle of the lake where Julia (Rachel Lefevre) threw the egg at the end of season one. It’s a little more straightforward than it sounds. 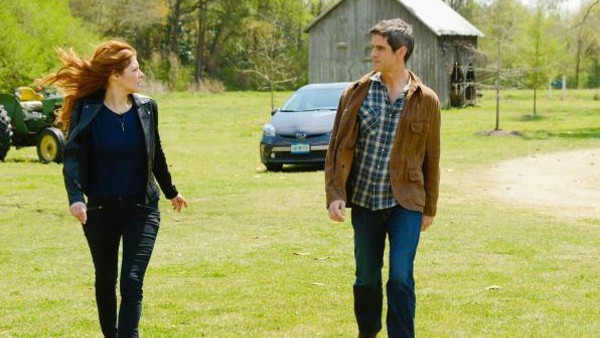 Meanwhile, Julia has had her faith in Barbie (Mike Vogel) shaken now that he’s agreed to consider Big Jim and Rebecca’s (Karla Crome) plan to conserve the scant resources they have left. Julia and Sam snoop around to try and figure out exactly how science teacher Rebecca plans to cull the herd, the herd being their fellow citizens. I really liked the story of the new dynamic duo discovering what the plan is paralleled with Rebecca and Jim attempting to poison the well in a very real sense. Ultimately, the latter pair discover they just can’t do it, but not before creating some serious trust issues between everyone’s favorite lovebirds, Julia and Barbie. Julia decides to seek solace in Sam. Yes, the same Sam who claimed not to recognize Melanie at the start of the season, even though she looked exactly the same as when she died 25 years ago in front of him. The same Sam who is hiding scratch marks that seem to correspond with ones that Angie would have made on her would-be murderer. 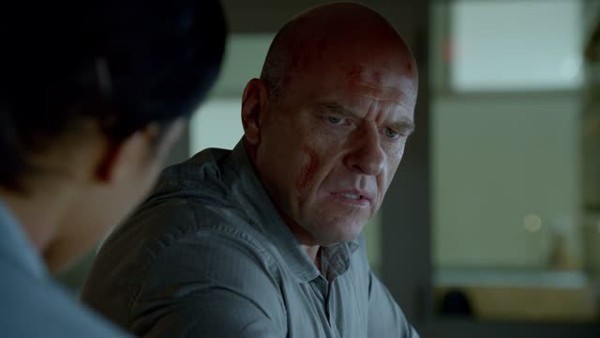 During a surprising and brief moment when the school’s computers suddenly receive outside wifi traffic Junior gets an email from his very much alive mother. Pauline pleads with him to talk to Lyle, which he reluctantly does. Turns out that Lyle helped Pauline fake her death as she seemed to know the Dome was coming and fled town hoping to spare her friends and family an isolated fate. She also sent Lyle a series of postcards containing paintings of not only portents of the Dome, but events that have transpired since it came down. It’s still unknown how she foresaw all of this, but I’m pretty sure it has something to do with that meteorite. Besides, Lyle seems a little off and Sam may not be all there, either so something else must have happened that fateful night other than a tragic death. 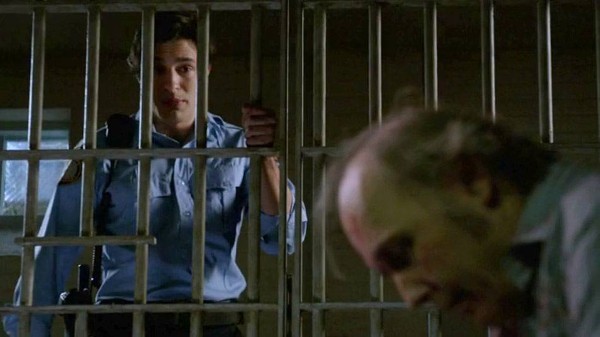 So, there we have it, an episode full of answers and shifting dynamics that leads us a little closer to unravelling the mystery, but with a long road still to travel. One thing the second season has certainly done is open up the world around the town to not just outside the Dome, but into the shady past of Chester’s Mill. The overall feeling may be kind of like if the characters from “Lost” wandered onto the set of “General Hospital,” but it totally works and makes for some fiendishly fun Television. I can’t wait to see what happens next.