There’s a fun summertime Television gem that, according to the ratings, a lot of you are already watching, but many of you may not be. Since I know you wonderful readers are discernible viewers of fine programs, I feel it is my duty to bring this show to your attention. “Motive” airs Wednesday nights on ABC and is a wonderfully put together series. Originally airing in Canada, “Motive” has proven to be quite successful as an import here in the states. Now airing season two, its home network CTV has renewed it for a third season that will, presumably, also air on ABC next summer. 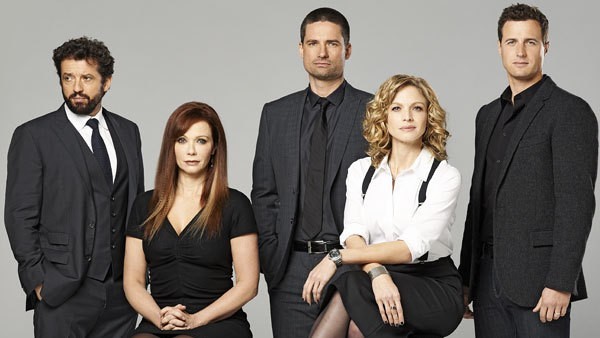 “Motive is a police procedural/drama, but with a twist that sets it apart from most other cop shows. In the vein of the classic series “Columbo”, each episode starts by identifying both the killer and the victim of that week’s crime. Enter Vancouver Detectives Angelika Flynn (Kristin Lehman) and Oscar Vega (Louis Ferreira) who attempt to solve the murder even as we get to see how victim and killer collided through a series of flashbacks. The two lead investigators are aided by Detective Lucas (Brendan Penny) and flirty Medical Examiner Betty Rogers (Lauren Holly). 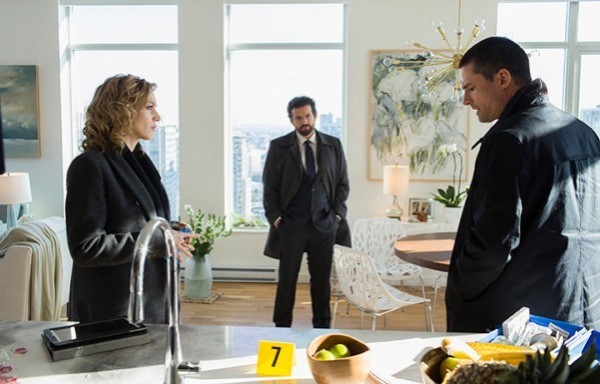 The series manages to masterfully weave in and out of the main investigation and the informative flashbacks while also adding the occasional personal drama as the character’s personal lives occasionally intersect with their jobs. As an example, the team’s new Commander, Sergeant Mark Cross (Warren Christie), has a shared history and secret with Flynn that slowly unravels over the course of the second season and threatens to ruin both their careers. Additionally, the newly married Lucas strikes up a flirtation with a junior officer before revealing his new bride has left him. Fortunately, the personal shenanigans are subtly handled and don’t detract from the main bit of crime-solving, which is where all the action is at. 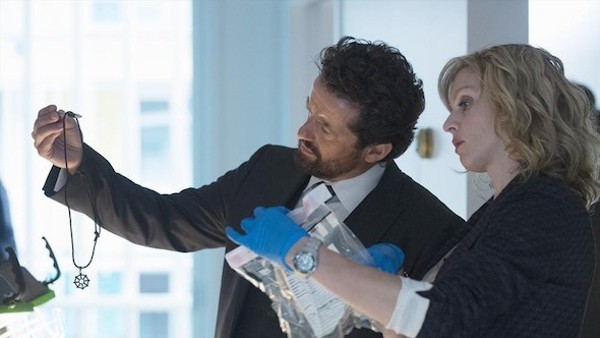 In addition to the exceptional writing, the well-thought out cases and the great direction one of the highlights of the show is the chemistry between the two leads, Lehman and Ferreira. It is made clear that single mom Flynn has lived a rather chaotic life and that her partner, Vega, has been there for her more than once over the last few years, both emotionally and as her police partner. The relationship is definitely built as being very close friends without veering into the usual “will they or won’t they” romantic firestorm that most series ignite right away. They are both great detectives and really amazing partners and that’s as far as it goes.

That’s not to say they might not one day end up together as they are clearly also a perfect match, but this is no “Moonlighting.” 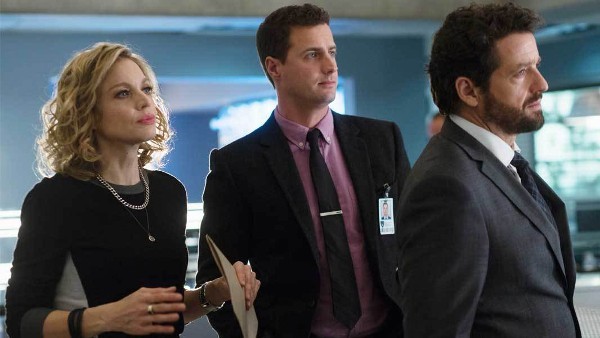 Yes, “Motive” is yet another cop show, but it has a unique twist that turns your usual expectations of a procedural on its ear. Discovering how a seemingly unlikely murderer can get to the point of committing such a heinous crime on someone they initially appear to have no contact with never gets old on this show. There are always surprises and the occasional shock, especially when the suspect and victim both hit close to home for our intrepid team in the upcoming season finale. Tune in and get caught up on this excellent show before the end of the season.