Everything comes full circle, if given time.

Sisters Kristin and Jennifer Coleman started playing golf at the age of five as a way to connect with their family.

“We wanted to be able to play with our grandfather when we were out on the East Coast,” Jennifer said. “It was something we could do as a family.”

Nearly two-decades later the sisters are set to play at the 114th U.S. Women’s Amateur Championship. And when they do they’ll be playing on a course at the Nassau Country Club. The club their grandfather, Daniel Coleman, is a member at.

The sisters, who grew up in California and just recently graduated from the University of Colorado, have played a few times at the Nassau Country Club.

“It happened at such a great time,” Jennifer said on her and Kristin qualifying for the USGA”s Women’s Amateur Championship. “It’s the 100-year anniversary, it’s our grandfather’s club, it’s super special.”

And their grandfather as expected is incredibly excited for his granddaughters.

“It’s a once in a lifetime kind of thing, I’m hoping they’ll keep going after the first two days.”

The first two days, Aug. 4 and Aug. 5, consist of 36 holes of stroke play, after which the field narrows to the low 64 scorers.

In the best-case scenario both sisters will go on to the next round. Six rounds of match play begin on Aug. 6, with the quarterfinals set for Aug. 8, followed by the semifinals on Aug. 9, with the championship concluding with a 36-hole final on Aug. 10.

But no matter what happens the sisters plan on supporting each other alongside their family.

“We’re not super competitive, but we push each other to be better golfers,” Jennifer said. 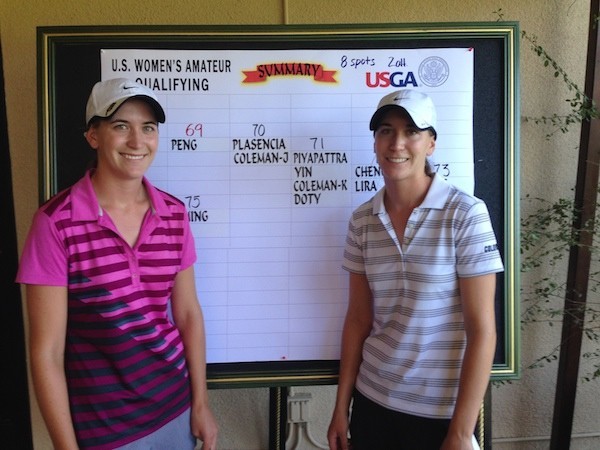 The course, according to USGA staff representatives is the most challenging yet, fair test to golf the competitors will see all year.

And it’s at a club full of history. In 1914 the Nassau Country Club first hosted the US Women’s Amateur Championship. The club was established in 1895 when it was known as the Queens Country Golf Club about a mile away from its current location. A year later, Nassau became one of the original 50 founding members of the USGA and in 1899 the club moved to its current location on St. Andrews Lane in Glen Cove.

It’s a history the golfers will be well aware of as the make their way through the course.