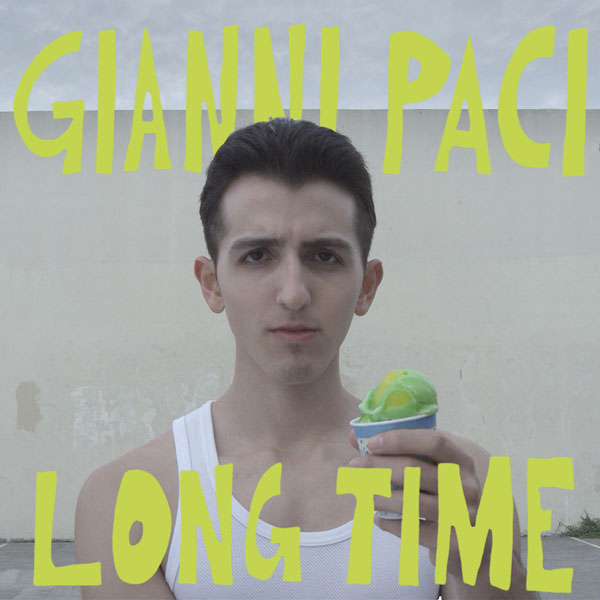 Late September back at school
You and I broke all the rules
We did, We did, We did it good
But it’s gonna be a long time
Before we get to play another game
—From “Long Time” by Gianni Paci

Oyster Bay’s Gianni Paci just wrapped a video for his new single “Long Time.” The singer/songwriter/guitarist recorded the song at the Richie Cannata-owned Cove City Sound Studios (Billy Joel, Jennifer Lopez), with producer Eren Cannata. The song is an introduction to his new sound, which features a contemporary-pop spin on the more retro-minded songwriting he honed under his old pseudonym, The Pine Hollows. Paci discussed his first single, “Goodbye,” and working with Cannata back in February. He looks forward to releasing a full-length and can’t wait to return to Cove City in the fall to work on more of his music. That means more singles and more videos.

“Patrice did an amazing job of capturing just what kind of emotions fostered the song—that nostalgia for a time in the past, and that sense of impatience that goes along with waiting for something else good to come along,” noted Paci. “I wrote the song about one of my first loves, and how a high-point in our relationship seemed to signal the beginning of the end of my childhood, naiveté and inexperience. High school can be such a crazy time, and I think the lyrics reflect that kind of back-to-school excitement and malaise. As the songwriter and the subject of the song, I am proud of what we had, acknowledging its end but, at the same time, missing it terribly. Patrice put me back in a lot of the clothes I hadn’t worn since, and it helped me get back into character.”

The NYU grad recently performed at NYC’s Sidewalk Cafe, and you can catch him at The Dolphin Bookshop in Port Washington on Friday, September, 5th at 7pm.

“When performing live, I mostly stick to original material,” said Paci. “I’m quite the productive songwriter so I’m always testing out my originals live—whether it’s a new song or something I may have written a year or two ago but it’s feeling more relevant than ever in the moment. Being a solo artist means that I can keep things fresh and spontaneous in this way, and in my experience it seems to keep things exciting for the audience too. I would love to be remembered the way that Billy Joel is and to share that sense of Oyster Bay pride with him.”