The garden is visible in the dining area in the back and allows the restaurant to grow vegetables on the property. But this isn’t your normal garden. Aquaponics is a food production system where in the case of Sag Harbor’s Page at 63 Main, fish are raised and their excretions are then put into a system where the by-products are broken down and then used by the plants are nutrients. The water is then recycled back into the system making it completely sustainable. 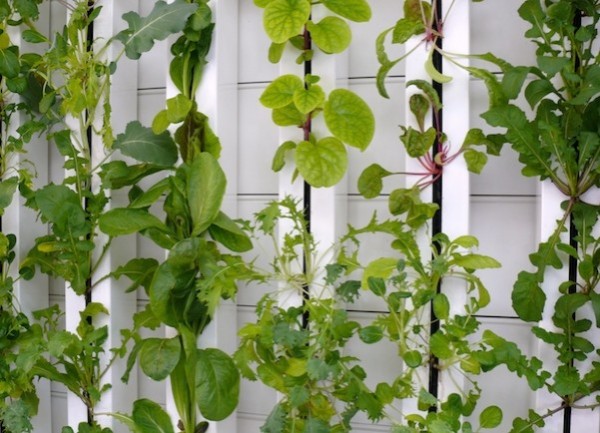 The system began back in February but it takes several months to be up and running. It wasn’t until this past June that the staff of Page at 63 Main was able to start picking the vegetables and using them in dishes for the restaurant.

Owner Jerry Wawryk is the man behind the new system. At 68, he began to change the way he ate, including making a point to eat food free of GMOs. After learning about the aquaponics he invested in an aquaponic system for the restaurant. 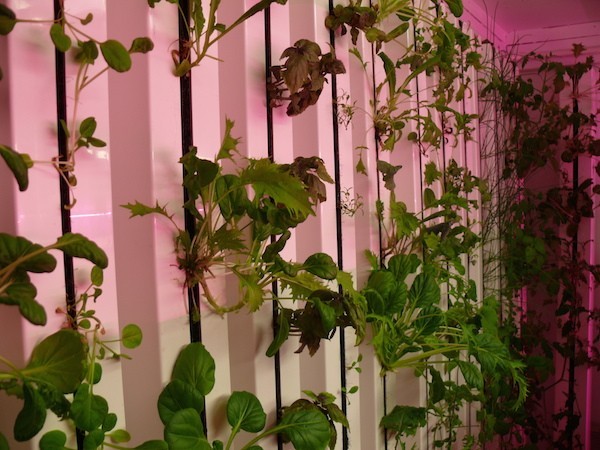 Maybe, but for now those that want to see an aquaponic system can see the one at Page at 63 Main that is growing 400 plants.