Like most of the United States, I was introduced to Robin Williams on February 28, 1978 through the “My Favorite Orkan” episode of “Happy Days.” Williams played a zany alien named Mork who had come to 1950s Milwaukee, Wisconsin to take Richie Cunningham back to his home planet of Ork as a specimen. Of course the Fonze gets involved and wacky hijinks ensue. This take on the popular 60s sitcom “My Favorite Martian” was played off as a dream. However, Williams’ out of this world alter ego proved so popular that not only was the episode re-edited to make Mork a “real” alien, but both the actor and character were given their own show. That fall, the TV series “Mork & Mindy” premiered and pop culture would never be the same again. 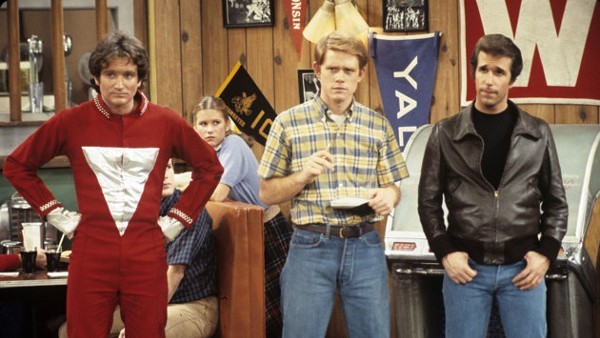 I’m not sure I have the words to adequately express the loss of Robin Williams. He was undeniably a comedic genius as first displayed on “Mork & Mindy” and continuing through many films. His verbally manic performance in “Good Morning, Vietnam,” his sublime portrayal of a man-child in “Jumanji” and his amazing voice performance of two different penguins in “Happy Feet,” not to mention his numerous stand up performances, are but small reasons why he was unparalleled in his field and walked easily among the giants of comedy. Much like the great George Carlin, Robin Williams often commented on social issues and freely discussed his own vices and ghosts. 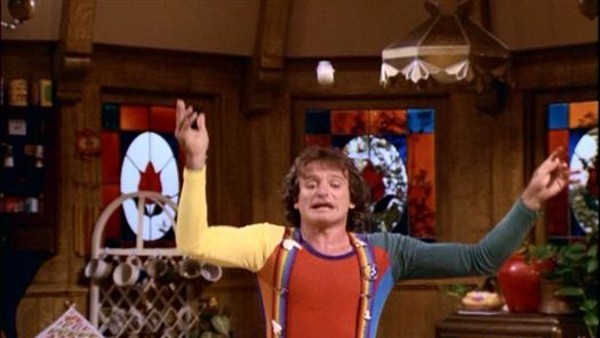 Of course he had many, many fine dramatic roles in films that have since become classics. Williams won the Academy Award for Best Supporting Actor for “Good Will Hunting” and a Golden Globe for “The Fisher King.” In one of his increasingly rare returns to TV over the years he gave us another award-winning performance in a compelling episode of “Homicide: Life on the Streets.” Ask any ten people what their favorite Robin Williams dramatic role is and you’ll get ten different answers. For the record, mine is Andrew martin in “Bicentennial Man.” 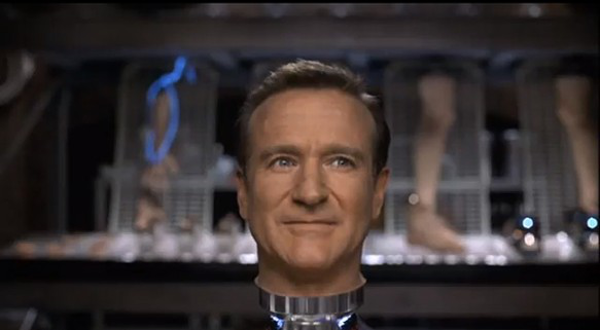 I’ve never met Robin Williams in person, but from everything I’ve read about him off-screen, I sincerely wish I had. By all accounts he sounds like he was an amazing and kind man and an exceptional conversationalist. He was great friends with the biggest curmudgeon on the planet, Harlan Ellison and to me that speaks volumes about the character of both men. It is always said that laughter is the best medicine. If that is true, then Robin Williams was one of the greatest healers the world has ever known. He’s been a constant presence in my life since I was eight and a half. Ever since Mork from Ork threw a doomed egg into the air, thinking it was a fellow unhatched Orkan, the phrase “fly, be free” has been a permanent part of my vocabulary. His heart-felt revelations regarding his addictions and constant fight with depression have given me insights into my own behaviors over the years and given me the strength to be a better man. I wish I would have been able to thank him. 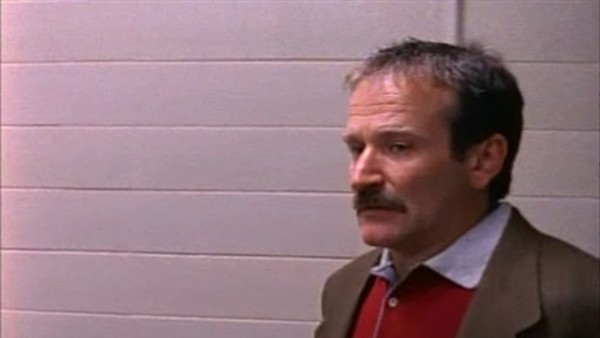 Williams once said “You’re only given a little spark of madness. You mustn’t lose it.” We could all be better people by taking that to heart. Life is very short and a shocking reminder of that is when one of your heroes is suddenly gone. Robin Williams was a hero to me and an inspiration. His laughter and insights were a blazing torch upon all the dark corners of the world and now life is just a little bit darker, a little bit scarier and a little hollower for the loss of Robin Williams. It’s difficult to imagine that a man as funny as him could suffer from such soul-crushing depression that taking his own life was the only way he could see to end the pain. We’ve all had our moments like that, but it’s obvious that he had no way to ultimately get past it and was not able to find the help he needed. I wish I could have been there to tell him what he meant to the world and the eight year old me that still remembers the funny man in the rainbow suspenders who taught me how fun it is to sit on a chair head first. Goodbye Mr. Williams, peace is yours at last and you have left us many ways to find our own peace through you inexhaustible talent to make us smile. 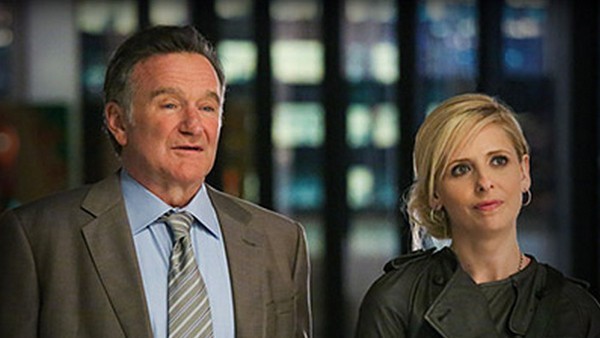 If you or anyone you know is depressed to the point where there is nowhere else to turn, please call the National Suicide Prevention Lifeline at 1-800-273-8255. There will be someone on the other end who will listen to you 24 hours a day, 7 days a week.