In early June an ad was actually put on Craigslist in search of female nail artists to be featured in a scene of the film in the East Meadow area of Long Island. Universal Pictures confirmed that the ad was real and it seems two lucky ladies got to experience a once in a lifetime opportunity to star in a major motion picture.

In June, filming also took place in Five Towns College in Dix Hills. Grumman Studios was another location and according to moviesfilmedonlongisland.com, filming also took place on Hempstead Turnpike in the Uniondale area of Long Island. While the house featured in the film is actually located in New York, the movie takes place in Florida and so producers actually had to obtain palm trees, got rid of the more common New York trees in the area in an attempt to make the set look more like a Florida home. 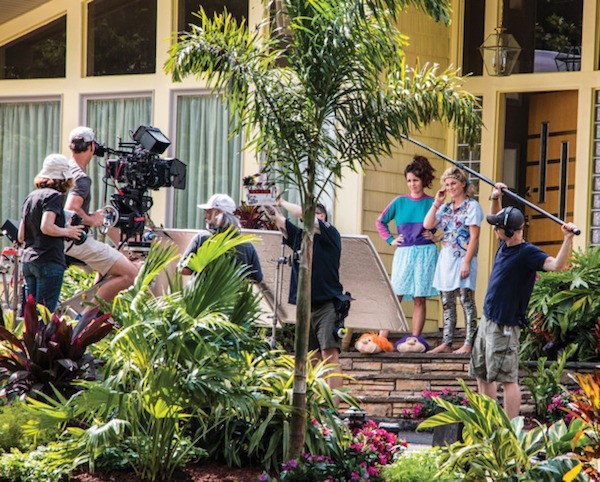 Enough with the filming locations what exactly is the movie about? Well, “The Nest” is about two estranged sisters who decide to throw one last party at their house, which their parents are about to sell. The plot already has me laughing in my mind.

The last time Fey and Poehler headlined a film together was in the 2008 comedy “Baby Mama.” Also starring in the film is actress Maya Rudolph who was a breakout star of the 2011 comedy “Bridesmaids.”