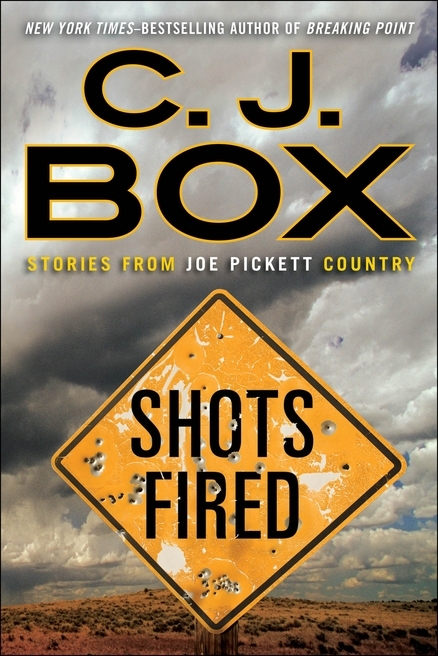 Trapped in an elevator, office, front seat of a car, wishing you were someplace, anyplace, else. The people with you are getting on your last nerve. You’ve heard the same phrases over and over and over and you want to scream.

We’ve all been there. We’ve all lived through the irritation, but what’s funny is that it’s not at all chafing to read about it happening to someone else. And that’s just one of the themes in “Shots Fired,” a book of short stories by C.J. Box.

Throughout the years, says Box, fans have asked where they could find some of his shorter works, wondering why there wasn’t an anthology.

Now there is, with favorite characters and a few new faces.

Take, for instance, “ One-Car Bridge ,” in which a ranch owned by a big-city bully is on the edge of Game Warden Joe Pickett’s territory. Joe has bad news for the owner, but it could be worse news for the ranch’s manager: he could lose his job over something that’s not his fault. Could help come from the U.S. Mail?

Pickett, of course, is one of Box’s best-loved characters – maybe because Joe cherishes his neighbors so much. In “Dull Knife,” one of Wyoming ’s finest basketball players is dead. Joe remembers the girl, and he mourns what she could have been. How she died is an even bigger issue.

Joe’s friend, Nate Romanowski also appears in this book and he’s loaded for bear – or, in this case, for a rich Saudi who seems to think he owns the rogue falconer and can buy what he demands. In “The Master Falconer,” fans will be surprised to see that Nate tows the line. Or not.

Revenge is a dish best served cold, they say, but not necessarily in a canoe. In “Every Day is a Good Day on the River,” a long-awaited fishing trip turns into a nightmare when something unexpected shows up on the waters.

And in my favorite story here, “The End of Jim and Ezra,” two trappers are caught for the winter in a cabin high in the mountains. It’s 1835 and it’s been Three. Long. Months of living practically on top of one another.

Stir-crazy ain’t the word for it…

You know how it is when you want a book, but not the whole book? That’s when you reach for this: with its ten short stories, “Shots Fired” will just fill that nagging want-to-read hunger.

And yet, what’s nice about this book is that you can make it last. Most of author C.J. Box’s tales are short enough to read in one sitting, but not so involved that you won’t feel bad putting a bookmark in them for a minute. And that’s about how long you’ll need a bookmark – a minute – because these mystery-western-human-interest tales are awfully addicting.

If you’re a Box fan, this is a must-have. If you’ve never read his works, you’ll be a fan in short order because what’s inside “Shots Fired” will have you stuck to your seat.