On the cusp of superstardom, Lana Del Rey has chosen a musical path that reveals her singular artistic talents with no commercial consideration. She continues to explore dark themes, revels in reckless adolescent angst and daring while also wallowing in the ruined glamour of old Hollywood. Though there will be little chance for the kind of chart-topping hits that propel many young female pop stars, this mature, understated release—only her second full-length album as Lana Del Rey—continues to prove that she is an artist with a musical vision, not a marketing plan. 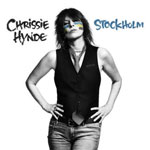 Chrissie Hynde and the original Pretenders only recorded two albums. Aside from Hynde and drummer Martin Chambers, the band has been a group in name only for the last 30 years. While Hynde did record J.P., Chrissie and the Fairground Boys with J. P. Jones in 2010, this is her first solo album. Although short, it packs a punch. And thanks to the production of Björn Yttling (of Peter, Björn and John), the album also has an accessible sound aided by guest spots from Neil Young and tennis legend John McEnroe on guitar. Hynde proves that at 63, she is as relevant as ever, and still looks cool doing it. 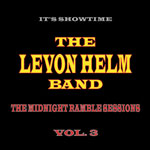 Levon Helm’s Midnight Ramble concerts that took place in his barn in Woodstock are legendary. In 2006, Helm released two CDs from the concerts. This new release features performances recorded between 2005 and 2010 by the likes of Elvis Costello, Allen Toussaint and Chris Robinson from the Black Crowes. The timeless Americana roots recordings feature Helm and an extraordinary band including his daughter Amy, Howard Johnson and guitarists Larry Campbell, Jimmy Vivino and Jim Weider. 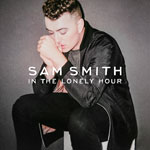 Sam Smith’s breakthrough debut is yet another thrilling new release from a young, soulful British singer. Smith’s sound may be more polished than that of Amy Winehouse, and he’s less interested in shaking up the dance floor than Canadian dance-pop soul crooner Robin Thicke, but his voice and impeccable soul chops make him an early contender for debut artist of the year. 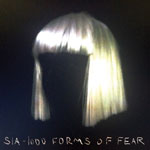 Unlike Lana Del Rey, Sia has slowly built a following for her quirky and eccentric, electronic pop. Now, after a long series of adventurous albums, she may be poised for stardom. On this third Monkey Puzzle release, Sia straddles the fence between maintaining her style and finally giving in to a much bigger, broader and nearly in-your-face sound. It isn’t so much that Sia is ceding her artistic ambitions on this new album; it’s that her audience is finally catching up to her.