Life is good for Tour Guide. Every day during Hampton Classic he enjoys some time at the spa. He gets a bath, has his nails and hair done and even gets the occasional massage from his groom Oscar.

He deserves it according to his rider, Sue Ellen O’Connor.

“He was champion last year and he’s a reserve champion this year,” O’Connor said. 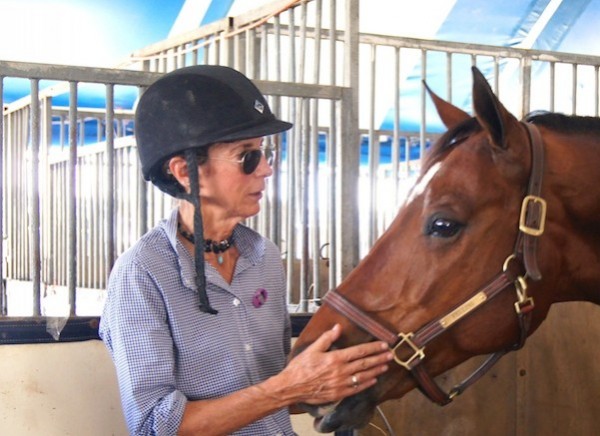 After Thursday, when O’Connor and Tour Guide finish competing he’ll have slightly less time at the spa but will still be enjoying the good life.

O’Connor who boards her horses at Wölffer Estate, said she often rides with the vineyards as a backdrop. Tour Guide, however, will be seeing the vineyards a little less. He’s going south for the fall and winter.

“He goes down to Virginia with my sister,” O’Connor said. 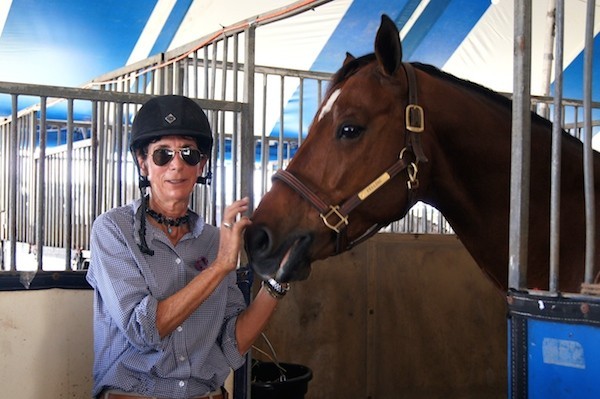 Hampton Classic is a family affair for O’Connor. She’s competed in it for 50 years, with her sister as her trainer and her brother who runs Marders does all the landscaping.