Kristina and Michael Rocco met playing husband and wife in musical theater. They started working together, eventually got married and are getting ready to release a new album. With influences ranging from Roger Waters to Overkill to Sarah Brightman, Iron Maiden, blues, jazz and classical their music is Taylor Swift meets Tori Amos. 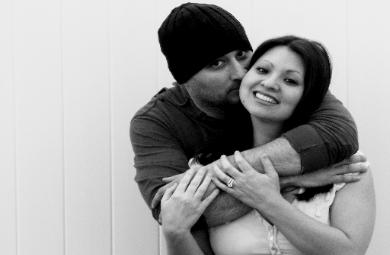 Pulse Insider: How did you get your start in music?
Kristina Rocco: Growing up, I was a singer in a traveling show choir and performed with several musical theater companies. When Michael and I met in a stage production (we played husband and wife), it took us about two years before we began collaborating in music.

Michael Rocco: Yeah, we started working together in 2004 during a horror film I was directing. I needed vocals in the score and brought Kristina into the mix. The movie sucked, but Kristina did an amazing job. Our working together took off from there. I got my start in school as a guitarist in a metal band. I also played drums in college, but started composing solo albums and scoring local films/plays.

Pulse Insider: How would you describe your music to someone you just met?
KR: Absolutely amazing, haha. Honestly, for The Roccos project, I guess I would say Taylor Swift meets Tori Amos.
MR: The Roccos albums are definitely emotionally driven works. We always look for the heart in every song. I suppose we fit into the pop/adult contemporary genres.

Pulse Insider Where did the inspiration for this newest album come from?
MR: We’ve released two Rocco albums in 2014. The first being “Oil & Clay” and the latest self-titled LP. After the first came out, we still had so many song ideas that we didn’t want to forget about. Especially Kristina- she would practice riffs on piano and I’d go “Damn it- I love that one! Why wasn’t this on the %*$^$#@ album?”
KR: (laughing) This kept happening. Whenever we thought we were done, another song emerged. We knew that there were other musical projects coming up, so we didn’t want to leave these songs as orphans. As for inspiration, making music with my soul mate is enough for me. 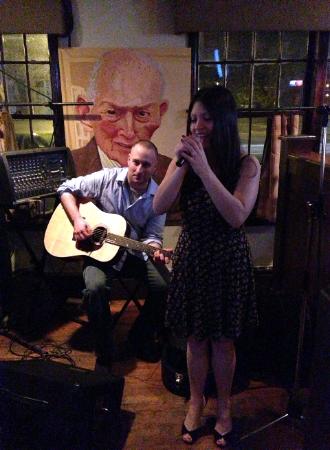 Pulse Insider: So, what’s next for the two of you? Any new projects in the next year?
MR: We have another project called Cult of Herodias. It’s VERY different from The Roccos- it’s considered more opera meets gothic doom metal. It’s pretty popular overseas, but no one really gets it locally. We may do a second album pretty soon.
KR: Aside from recording, we still tour as The Roccos when we can- sometimes as an acoustic duet and occasionally as a piano trio. The scene where we live isn’t as welcoming to original acts these days, so we play more in cities that thrive on new music.

Pulse Insider: Before you go, I have to ask, what’s the story behind the lobsters sitting on Michael’s chest (On the bio page of their website there’s mention of Michael suffering from nightmares involving lobsters)
KR: Wasn’t that a dream you had where a lobster asked you if you had any hot sisters at home?
MR: Don’t eat too much before bedtime.

Images: Courtesy of The Roccos.