I already purchased my ticket to Beer for Beasts on Saturday, but I must reiterate: I can’t attend the annual two-session event organized by Sixpoint and Beer Advocate, which has awesomely raised nearly $100,000 for the Humane Society of New York since 2011. Though I proudly paid to donate to the not-for-profit veterinary hospital and no-kill shelter, an iCloud of sorrow continues to linger over my brainspace, as I will regrettably miss 35 exclusive and peculiar beers from Sixpoint—including two with a connection to Long Island. I conveyed this quandary to my cat, Miles Davis, who, following a three-hour meditative loaf, recommended a potential remedy: revisit the source of bummedness with positivity.

I agreed to attempt his treatment, so I will shift focus to discuss the aforementioned pair. 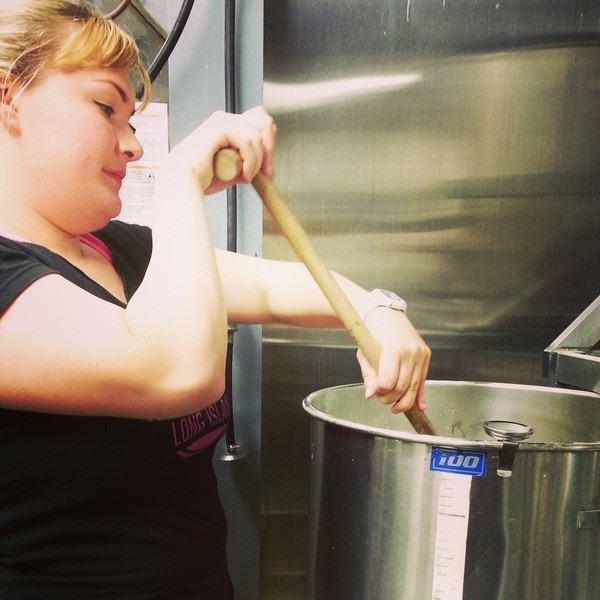 The first is Boo’s Brew, a collaboration with the area’s chapter of Girls’ Pint Out, self-described as a “national craft beer organization for women.” There are 60 members in Long Island’s, founded by Lauri Spitz in 2011, including Julie Henken and Melissa Meier. Spitz, now co-owner of Moustache Brewing Company in Riverhead, relinquished her presidency to the duo to focus on the two-barrel brewery in March.

“We were brainstorming awesome things to do to promote the group and I remembered that Lauri and Matt [Spitz] brewed with Sixpoint for last year’s event,” says Meier, referring to I Can Haz Orange Chocolate Milk Stout?. “I emailed Heather [Reynolds, brewer at Sixpoint] to start the process. She immediately signed on.”

Boo’s Brew isn’t the first collaboration involving Girls’ Pint Out on Long Island: HiHo Belgian Pale was made with BrickHouse Brewery & Restaurant in April. The chapter desired “something feminine and related to kitties” for Beer for Beasts, says Meier, opting for a wheat beer with blueberries and lavender (the latter was sourced from Lavender by the Bay in East Marion). It’s named for Meier’s cat, Boo.

“We wanted a basic wheat base so the lavender and blueberry could shine and take center stage,” Henkin says. “We steeped the lavender after boiling, while blueberries were added during secondary fermentation. It should have some nice floral notes up front with some tartness to follow.” 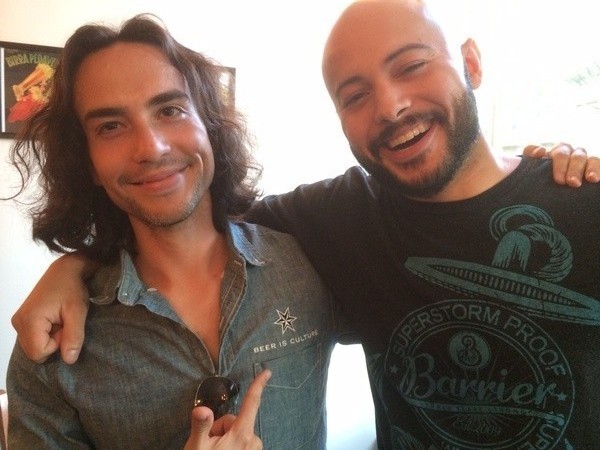 While Boo’s Brew was hatched from furballs and cuteness, the event’s other Long Island-connected beer, Raining Beets, was inspired by a thrashy and tenebrous source: Slayer. A riff on the seminal metal band’s 1986 album, Reign in Blood, Raining Beets is a beet-infused collaboration between Sixpoint and Oceanside’s Barrier Brewing Company, owned by Evan Klein and Craig Frymark. Both started their beer careers at the Brooklyn-based brewery before re-teaming at their 30-barreler, opened by Klein in 2009. It was Sean Redmond, a brewer at Barrier, however, who visited their former home in Red Hook to make the blood-colored beer with Sixpoint’s Adam Zuniga. They’re homeboys.

“It’s a mix between a big blonde ale and a pale ale to let the beets shine both in flavor and color,” says Redmond. “We used beet juice in the whirlpool. It’s a good fermentable sugar probably with a sweet taste. Slayer was playing during the entire brewday. We’re both huge fans. It was a lotta fun.”

Boo’s Brew and Raining Beets will both pour at Beer for Beasts to benefit the Humane Society of New York. Tickets are available now.