Téa Leoni returns to a regular television role for the first time in more than 15 years in the highly anticipated “Madam Secretary,” CBS’s new political drama. Leoni is not the only veteran actor returning as Tim Daly, Željko Ivanek and Bebe Neuwirth also star while Keith Carradine will be around on a recurring basis and William Sadler makes a guest appearance. Additionally, “Joan of Arcadia” and “Homeland” co-executive producer Barbara Hall created the series and serves in an executive producer role along with Morgan Freeman. Yes, that Morgan Freeman. 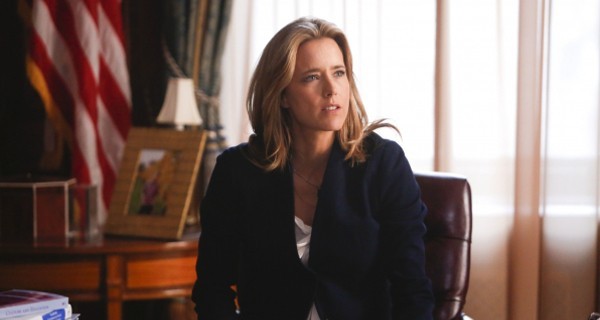 “Madam Secretary” features Leoni as Elizabeth McCord, a former CIA analyst who is asked by the President (Carradine) to be Secretary of State following the death of her predecessor. Her team includes Chief of Staff Nadine Tolliver (Neuwirth), Matt Mahoney (Geoffrey Arend), Daisy Grant (Patina Miller) and assistant Blake Moran (Erich Bergen). She frequently does battle with the President’s Chief of Staff Russell Jackson (Ivanek) and finds solace in the company of supportive husband, Henry (Daly), and their two children, Alison (Katherine Herzer) and Jason (Evan Roe). Sadler plays McCord’s former CIA colleague, George, who provides a little bit of intrigue along the way. 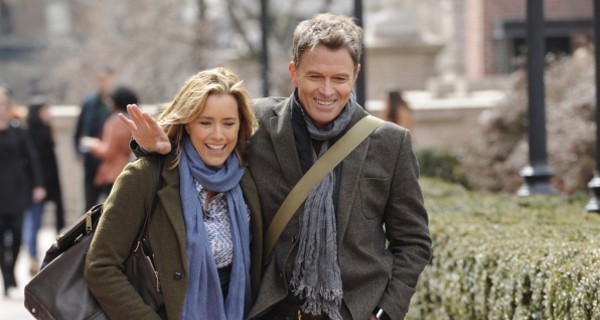 Of course, what you all are wondering is if the show is any good. The pilot, while sometimes a little uneven in pacing, is highly enjoyable and an excellent start. We get some great introductions to McCord and her family with emphasis on their family dynamic. The other main characters get to show what they are made of, too, as the episode unfolds. Carradine’s President of the United States is perhaps a little flat and one dimensional, but this show isn’t about him, so that is forgivable. The shining stars here are Leoni and Ivanek who have a chemistry that threatens to overshadow the one between Leoni and her on-screen husband. 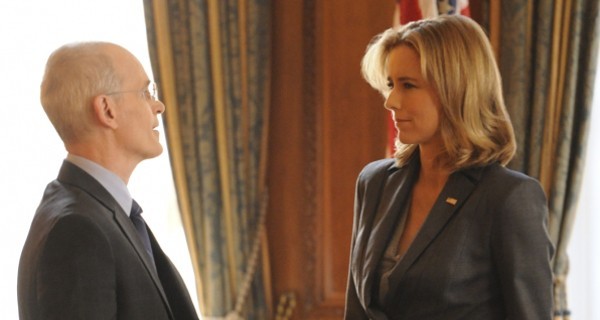 The story is pretty much by the numbers even if the performances will make you not care. McCord is entering the world of good ol’ boy politics where she is coached to basically keep her mouth shut. She is an unwelcome guest in a job suddenly vacated by a well-liked Secretary and most consider her a temporary lame-duck office holder, even some of her own staff. She, of course, is presented with opportunities to show her stuff and prove herself capable and even winning the, sometimes, grudging respect of those around her. There is even suspicions raised about the death of the previous Secretary which gives us an ongoing menacing mystery. 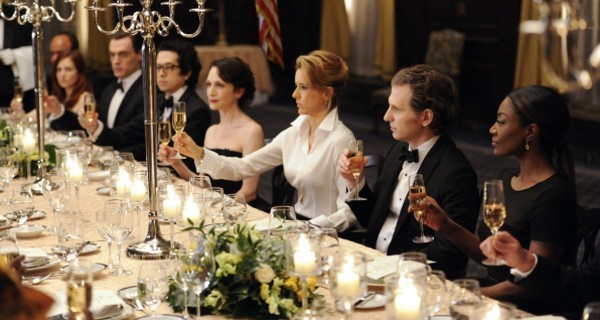 However, it is all wrapped up in a neat little package that can’t helped but be liked. Everyone is at the top of their game. All of the actors give us real and convincing performances. Hall’s writing, even if slightly pedestrian, gets the job done better than most pilots and at least left me interested in coming back for more episodes. The director, David Semel, helps to sell the whole thing as he expertly handles the actors and gives us some wonderful shots. Semel won an Emmy for his work on the pilot to “Heroes” a few years back so he’s proven he knows how to kick things off. 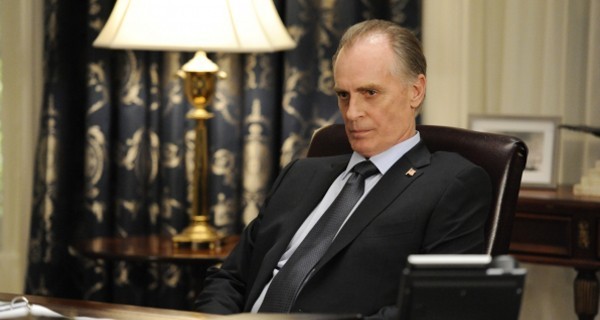 CBS has wisely slotted this new series in between “60 Minutes” and “The Good Wife” on Sundays. This is a huge sign of good faith and a shrewd move as audiences now have a reason to just leave their TVs locked in to CBS for all of Sunday night. All three series return on September 21 starting at 7:00 PM. Make your plans now to be home and tuned in.