The high-wing yellow airplane Stuart Bain flies could be mistaken for any antique airplane. The kind one might come across at an air show. But, those in the know realize the plane is special. It’s a 1946 Auster, the only flying Auster left in the United States. The British made the aircrafts between 1938 and 1961, using many of the planes for air observation during World War II.

“The fact that the controls and engine are contrary to many other aircraft, and that this aircraft is unique to any other aircraft in the United States, and most of this continent, gives me a special excitement knowing that it belongs to me,” Bain said, adding, “it flies beautifully.”

Bain is the president of the Antique Airplane Club of Greater New York (AACGNY). Based out of the Bayport Aerodrome, AACGNY was formed more than 50 years ago by a group of men that wanted to preserve the “Golden Age of Aviation, the 1930s.” A not-for-profit with about 70 members, the group preserves antique and classic aircraft. 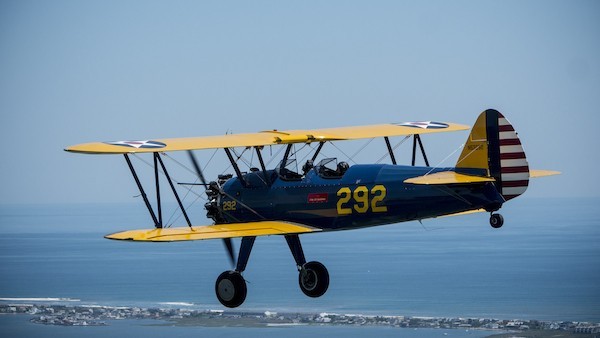 The planes are reportedly, fun to fly. Every year the club holds a Fly-In. Basically, it’s a meeting of pilots who bring their airplanes to one field to be judged and participate in contests such as spot landing. They also talk planes. A lot, according to Bain.

“Rarely is anything else discussed,” Bain said.

For Bain, the AACGNY it’s a bit of family affair. His wife, Annemarie is a videographer and photographer who produces videos for the club and does some of the photography for the annual calendar. 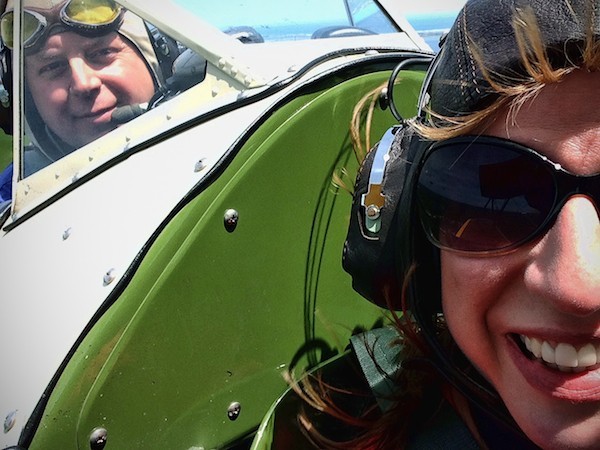 While most of the members are local pilots over the age of 50, Bain said the club welcomes anyone with a love of aviation and members don’t have to be a pilot, although all aircraft are member-owned and operated under the federal aviation administration regulations. Bain spends most of his Sundays down to the Bayport Aerodrome and the AACGNY meets every third Sunday at 12:30 pm, a good time to check out the antique airplanes and watch them fly and restore them. On Sunday, Sept. 14 the AACGNY is hosting a neighborhood appreciation picnic at the aerodrome from noon to 4pm. Members will be flying their planes, weather permitting, and there will be food and beverages available for the public.