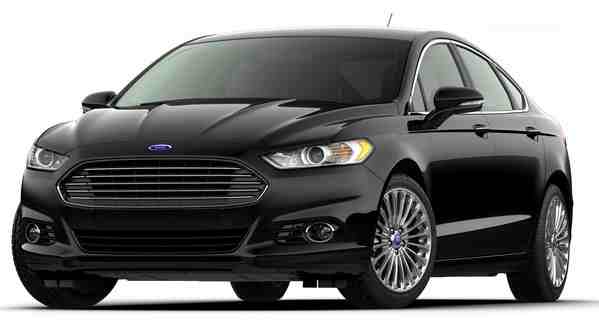 The Fusion is a great Ford, but I’ve never driven a test model that produced an avalanche of public comment. It was a pleasant surprise, then, that the receptionist at the doctor’s office I visited instantly pegged my ride and offered compliments galore. With its three assertive hood trim lines, integrated spotter mirrors, chrome grille and more than a passing resemblance to Aston-Martin, the Fusion has flavor, style and, dare we say, a respectable helping of badass.

The Fusion got a complete redesign last year, including a more efficient turbocharged 4-cylinder engine with EcoBoost making 181 horsepower and 185 lb.-ft. of torque, a slight increase from the previous model’s 177 hp. and 184 lb.-ft. The new engine’s more powerful but it also peaks at a higher rpm. From a dead stop, this equals feeble acceleration, but once you get rolling you can squeeze a respectable amount of power out of it. The standard shift has been done away with, as in many modern cars, simply because fewer and fewer people say they want them.

The Fusion’s also got stop-start technology, surprising for a car in this price range. Mileage is approximately 23.5 miles per gallon. It’s available in three trim levels: the S, SE, and Titanium. Three different engines are available as well as front-wheel or all-wheel drive.. 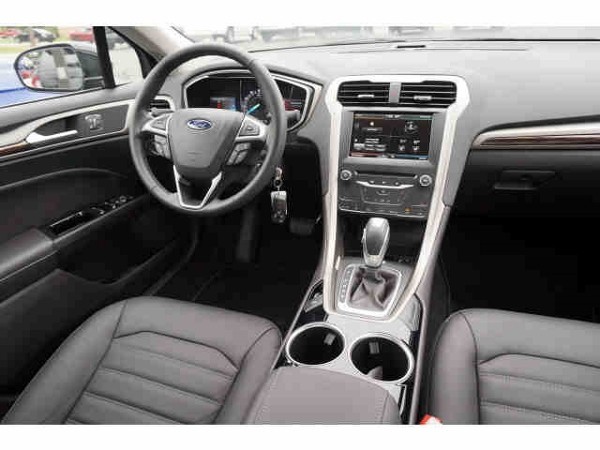 Inside, there is plenty of headroom, and a longer wheelbase means more footroom as well. Quality of materials – cloth, knobs, controls and such – is above average for this price, and the cabin’s pleasingly quiet. The trunk is spacious at 16 cubic feet and there are nooks and crannies galore in the cockpit including a stow space under the center stack, bottle holders in the doors and a generous glove box. Finally, the Fusion has one of the best safety assessments in any sedan, with 5-star ratings from IIHS in crash tests. You won’t crash, though – the Fusion’s got a well-tuned steering system that handled everything I threw at it – cornering, sharp K-turns and brief but intense abuse.

You’re either a Ford person or you’re not, but the 2014 makes a convincing case to cheat on your Civic or Corolla. We won’t tell.