“The Amigos are brilliant improvisers and have so much collective positive energy that during the first 14-hour day I spent with them in the studio, I forgot that I would soon be 83. Their music… is for all ages from toddlers to my contemporaries, who will abandon the shuffleboard courts, come to hear them and go home feeling like a teenager again.”
—Beat Generation composer/musician David Amram 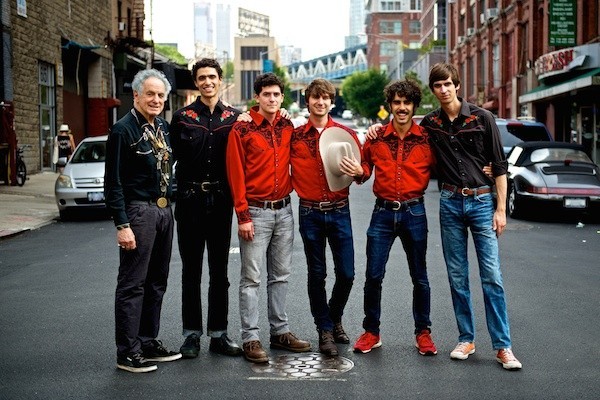 “Our goal with The Amigos Family Dinner is to build up a grassroots community of ‘Amigos’ in New York who are interested in exploring the intersections between American roots music styles and to engage with new fans through fun, educational and celebratory events,” said Reider. “We thought that paying tribute to the ‘hootenannies’ made famous by Pete Seeger, Woody Guthrie, Odetta and Leadbelly would be the perfect way to get this new Greenwich Village series started with a bang—and who better to help us invoke their spirit than our good friend, David Amram?”

Who: The Amigos Band with special guest David Amram. and others tba
What: The Amigos Family Dinner party. Potluck dinner and all-you-can-drink wine, with a tribute to four pillars of folk music. There will be an Amigos-led jam session on songs of Pete Seeger, Woody Guthrie, Odetta and Leadbelly. Bring your instruments.
Where: Greenwich House Music School, 46 Barrow St., New York, NY
When: Friday, September 19th, from 7 to 9pm (all ages)
Cost: Recommended donation: $5, and a food item to share for dinner

Look for new videos of cover tunes and cool performance footage over the next couple of months. You can also catch The Amigos Band at City Winery with Sam Bush on September 24.