“Unforgettable” chose to up the stakes in its final hour of season by putting not only one of the team in jeopardy, but by making the potential victim the lead character by poisoning Carrie Wells (Poppy Montgomery). And while Al Burns (Dylan Walsh) raced to find the antidote and culprit in time, we were all left guessing the outcome almost to the end. However satisfying the resolution was the biggest of all still remains unanswered, namely whether or not the show will be returning for another season.

It’s hardly surprising that the episode and season didn’t end on a cliffhanger. This isn’t a show that requires a “previously on” montage at the beginning. Any sort of serialized storytelling was abandoned when “Unforgettable” got an unlikely reprieve after being cancelled following its freshman year. Becoming a standard case-of-the-week procedural actually played to the show’s strengths and gave it new life, literally. Thankfully, the producers honored that change and respected the fans by sticking to their guns and giving us a fine wrap up to the end of the season. 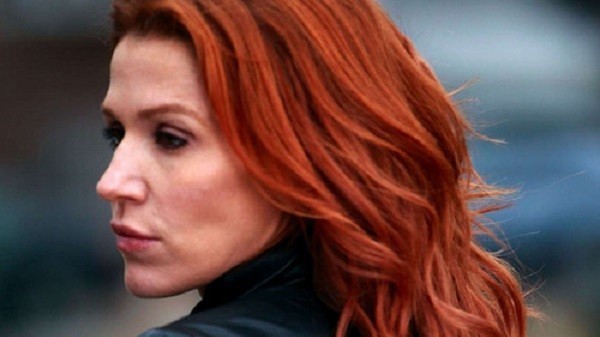 That’s not to say they don’t play with the premise of the series in a new and interesting way. Carrie is exposed to a deadly nerve toxin in the opening moments, but the possibility of imminent death is not the worse fate for our heroine. As she confides to those around her, including ME Joanne Webster (Jane Curtin), the thing that is killing her is also robbing her of the thing that has defined her whole life, her gift to remember everything that she experiences. That becomes even more frustrating as it prevents her from recalling vital clues that lead to her would-be killers.

Ultimately, the good guys prevail, just without the standard season finale/season premiere two-parter that this type of story usually entails. Obviously, no one is expected to believe that a series will kill off its lead character. Yes, there are extenuating circumstances, such as an actor leaving a show or the certainty of cancelation. In the case of “Unforgettable” the leads are almost certainly under a long-term contract and Montgomery seems to be very happy playing Carrie. That just leaves the ever-present cancellation question that every show faces.

Much like the closing moments of the season gave us an upbeat and hopeful moment with Carrie and Al, so, too, should be the future prospects of seeing what they get up to next. The finale was a dynamite end to a solid season with our lead actress in particular giving and exceptionally strong performance. It is rare to see Carrie unsure and losing control and Montgomery just really went for it and showed off her acting chops. Everyone else got to show a different side to their characters as they faced the most personally difficult of cases and “Unforgettable” was the better for it.

Looking at the ratings, the series performed slightly lower than last year. Taking into account that it is a summer show, it still performed well enough to expect it will get a fourth season nod. CBS seemed to think there was enough of an audience to reverse its initial cancellation decision and it seems more reasonable to keep with something that is a guaranteed audience draw than to try something brand new in the same slot. I wouldn’t be surprised that by the time you are reading this CBS has already given the thumbs up for season 4. Either way, “Unforgettable” ends the year on a high note and its head held high.