For many years, you spent every Thursday night in the living room of a friend – and you never left your easy chair.

Those Thursday nights were appointments you wouldn’t think of missing, and you always left with a smile. The Huxtable family was just like your family. And in the new book “Cosby: His Life and Times” by Mark Whitaker, you’ll learn what that TV show almost was, and more.
William Henry Cosby, Jr. was born into a storytelling family.

Though his father was mostly absent, young Cosby was heavily influenced by his paternal grandfather, a spiritual man who loved telling Bible stories. Cosby sometimes had a hard time understanding his grandfather’s Southern accent, but the elder man’s methods of holding an audience stuck with him forever. 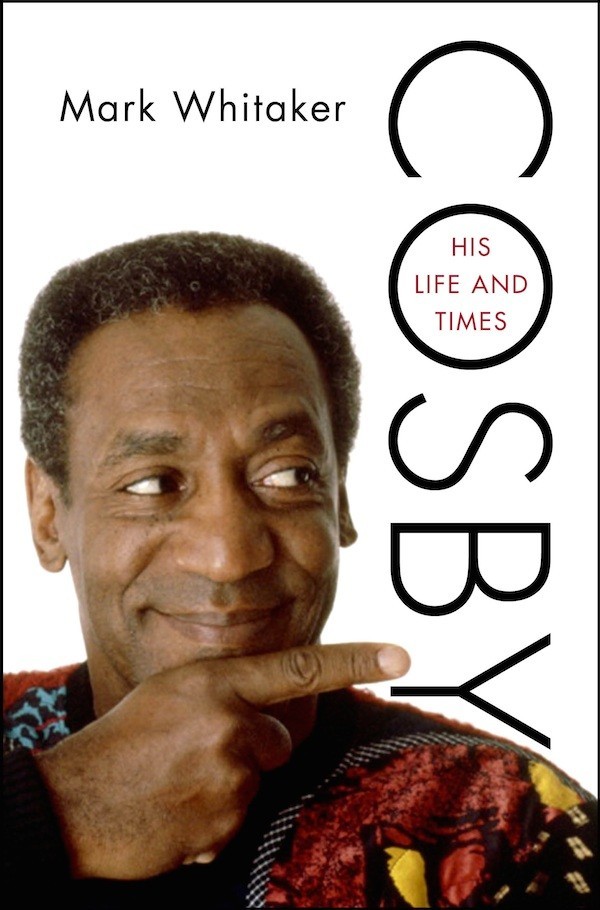 After dropping out of high school, and once home from a stint in the Navy (where he worked in the Hospital Corps and got his GED), Cosby left Philadelphia and headed to New York City.

There, he slept on the storeroom floor of a Greenwich Village club, and performed on a rickety stage beneath a leaky ceiling. Eventually, it paid off: word got around that he was a funny guy, one who didn’t rely on profanity or racial material to get laughs. Cosby soon had a manager, a wife, and a seat next to Johnny Carson on The Tonight Show.

For Cosby, personally, it was a golden time: his comedy career was soaring, he was starring in a TV crime-drama, and he’d become a father. Offstage, however, the nation was working its way through the Civil Rights Movement and for Cosby, that created a stronger urge to help his “people.” As much as possible, he insisted on hiring more African Americans backstage, and assisted many in their show-business careers. He was also fierce about education (he had once wanted to be a teacher), and created children’s programming with that in mind.

In 1984, having heard that Bill Cosby was open to the possibility of a sitcom, Marcy Carsey and Tom Werner asked for a meeting. They had something in mind for a different kind of comedy.
Cosby had some ideas of his own…

Reading “Cosby: His Life and Times” is kind of like visiting your childhood on paper. Who among us hasn’t felt like we’ve always known Fat Albert and the Huxtable family? Who didn’t want to run away and live with Cliff and Claire?

Not many, I’d guess, and that’s why readers will be surprised at what author Mark Whitaker uncovered. Not only are we treated to the good in Cosby’s life, but Whitaker includes the warts, both onstage and off, as well as the what-ifs within Cosby’s career – and I just couldn’t get enough of it. What if, for instance, Cliff Huxtable had been a limo driver?

Are you shaking your head now? Me, too, as I devoured this comfort-food biography – and if that sounds tasty to you, then here’s your next book. Grab “Cosby: His Life and Times” and head for your easy chair.