In the heart of Port Jefferson is the new hit restaurant to go to. Restaurant might be the wrong word, though, because the Arden is so much more. It’s a restaurant but also an entertainment destination and a place to just gather with friends. Which is exactly what the five partners in the Kismet Hospitality Group that own the Arden wanted.

They describe it as upscale restaurant meets premier ultra-lounge.

“This is a new concept for Long Island,” operating partner Joe Vicari said. “It’s a hybrid restaurant, vibe dinner and entertainment with so much to do,” Vicari said. 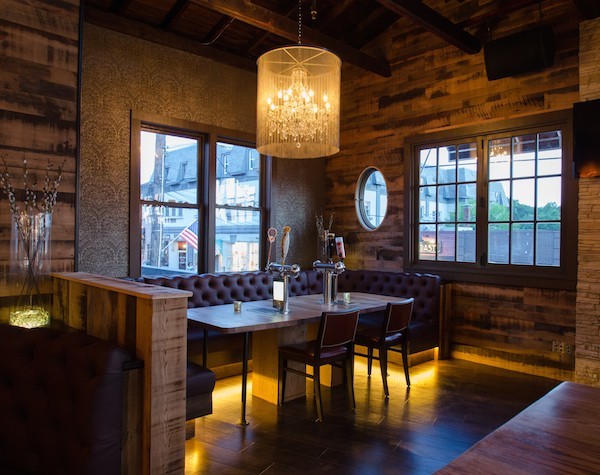 Walking up the stairs to the Arden the 4,440 square foot space opens up to a modern restaurant, again that word, with plush banquet seating on the side and a bar and table taps, tables where a tablet touch screen offers a way to pour your own pint, on the other.

Throughout the entire space, reclaimed wood that came from a barn in upstate New York, provides a masculine warmth and gives the space cohesiveness. The 17 oversized LED HDTVs show the latest sport games, visible from basically any vantage point, as is the stage where curtains reveal the band of the night.

The space sits 140 but can accommodate up to 250, with a tapas menu of small and large plates meant to be shared, including duck tacos, sushi and a pappardelle short-rib ragu.

“People don’t want to leave,” director of entertainment Paul Mahos said. “We haven’t figured out how to turn tables yet.” 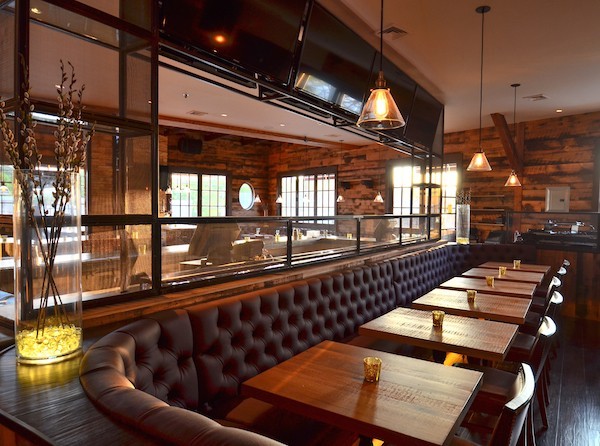 Not a bad problem to have especially since they weren’t expecting a great summer.

“We figured it would take time to get the word out, but by Thursday, Friday we’re basically booked up and we’re building up mid-week.”

They also just recently started opening for brunch on Sunday where they plan on offering tributes and tailgate a different theme each week and have what Vicari said is the best Bloody Mary on Long Island.

“Corinne calls it the Mother Mary,” Vicari said. “It’s really like a meal.

Inside a glass, lined with Old Bay spice, sits not just the spicy drink but skewers of BLT, grilled shrimp and vegetables. Other brunch specialties include bottomless mimosas and breakfast nachos. 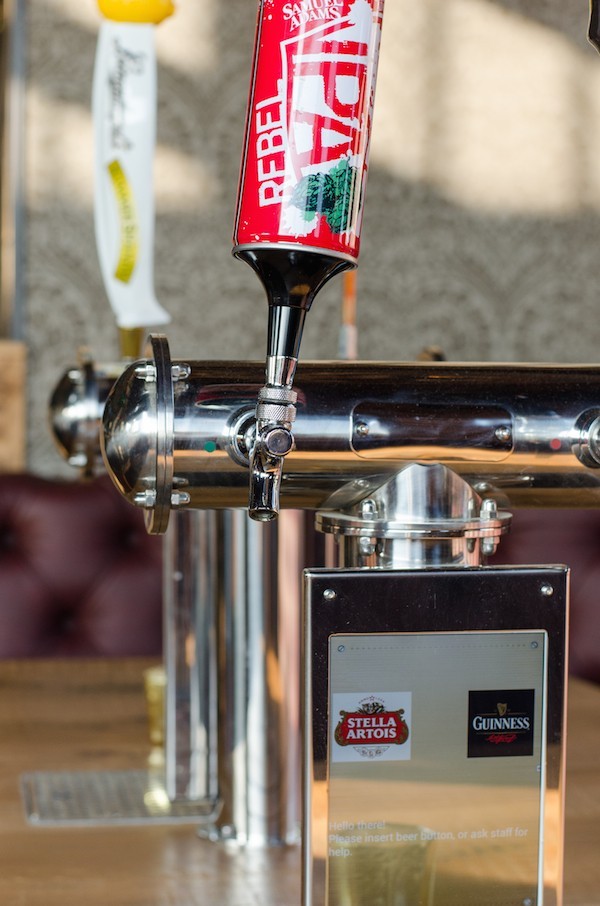 “This place can be a lot of things to a lot of people.” Vicari said. “We’ll make pretty much anything someone wants and if you call in advance and reverse the pour table we’ll put in your favorite taps.”

People seem to find the Arden. On any given night the crowd is a mix of couples on dates, families and friends hanging out at the bar.

One that will continue to develop as they try out new things and as other restaurants they expect will copy them.

After all imitation is the sincerest form of flattery.