It takes about two years for an oyster to reach market size. Which may seem like a stretch if you were trying to make a living out of oyster farming but the oysters raised by members of the Sag Harbor Oyster Club are more for enjoyment. And their own eating.

“We have a party in the fall and the families eat them…it would be a shame to throw them away,” Joe Tremblay founder of the Sag Harbor Oyster Club said.

About 10 to 15 families in the historic village are currently part of the Oyster Club. 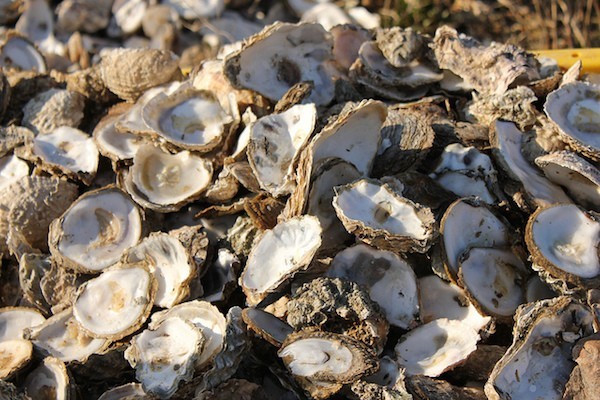 Tremblay founded the Oyster Club about five years ago after he had begun raising oysters at his father-in-law’s waterfront property.

“I always fished growing up and now as a cook, I love the idea of raising what you cook,” Tremblay said.

It was concern over water quality, however, that first led Tremblay to take the Southold Project in Aquaculture Training from Cornell Cooperative Extension. Over the years people had described the decline in water quality to him with a scallop population depleted and eelgrass gone. He slowly began to get other people that owned Sag Harbor waterfront properties involved raising oysters but he wanted to do more.

“With the oyster colonies all spread out it wasn’t making as much as a difference as if they were all together, so we created a town oyster garden community for those not close to water,” Tremblay said. 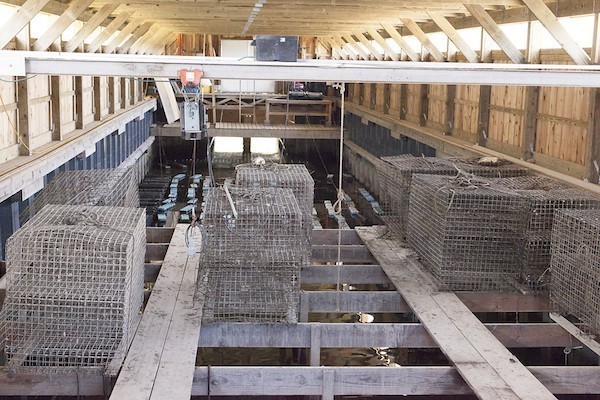 There are now about 10,000 oysters in the cover and the Sag Harbor Oyster Club is working on creating a floating nursery system or FLUPSY under the Sag Harbor to also grow oysters.

For the families that participate it’s not much work. They have to keep the gear clean, clean out the cages, maybe checking on the oysters six or seven times over the course of a year. And of course they have to eat them.