Staring at a shoe display wondering how to make those heels suitable for both work and play until finally ending up buying several different pairs…it’s a shopping dilemma, sort of. Who doesn’t want more shoes? But with if those heels could transition into different styles giving you endless options and even more shoes? An innovative new shoe line with detachable uppers and heels does just that, making it easy to transition any pair of shoe from day to work to play.

“I thought that we should be able to change the style of our shoes without having to buy an entirely new pair. There should be a way to switch out a wedge heel for a stiletto or take off an open toe and slide on a closed toe,” Sandy Saccullo said. 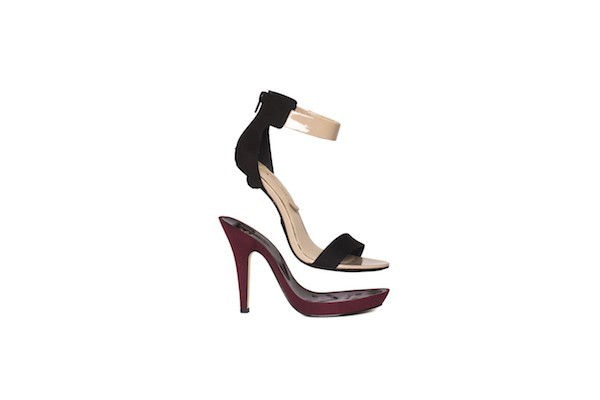 Saccullo is the co-founder of the new company that solves that problem. OneClique, which launched pre-sales Sept. 15, is a New York City based company offering the first collection of high heel shoe separates. Seventeen uppers and 20 heels can be mixed and matched to create 340 different shoe combinations. The tops and heels, retailing from $44-$54, click together to create different shoe styles.

At first Saccullo wondered if her idea was even possible but after sharing the idea with a couple of friends she found an artist on Craigslist to sketch the concept and then met with an industrial design team to find out if her idea could be reality.

“Andrew Serbinski, the owner of Machineart, told me, ‘Anything is possible; we just have to find the best way to do it,’” Saccullo said. “These guys were amazing. They spent the next few months developing the technology that allows all of the pieces – Tops and Heels – to mix and match,” 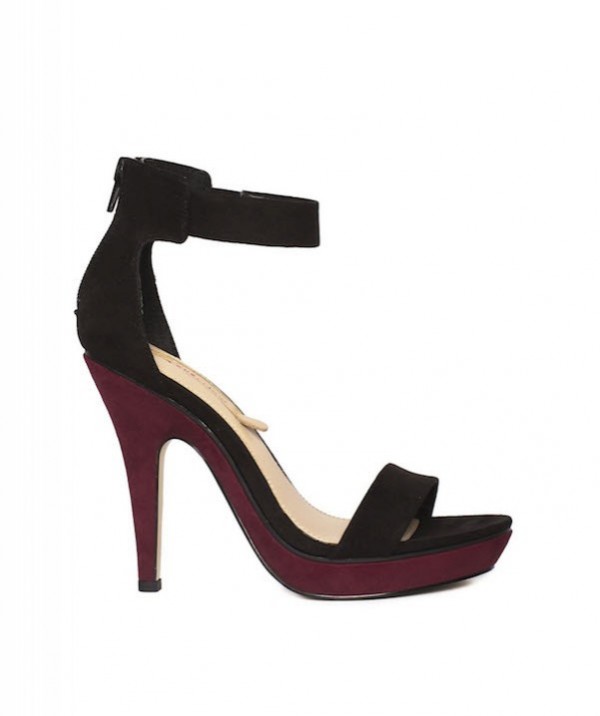 With a prototype created but no idea how to start business, Saccullo spent six months building up a team, working to create a brand and bring the shoe line to market.

Which is when co-founder and creative director Stefani Tsakos came aboard.

“I had spent the past eight years styling fashion segments for the NBC Today Show and thought I had seen it all. But this concept blew me away,” Tsakos said. “I’ve seen people try to do interchangeable shoe parts in the past, but the fashion of the shoe was always compromised. When Sandy showed me the prototype, I realized the concept could be materialized without losing the fashion.”

OneClique is an online only shoe destination and from the first moment a customer visits the site they see the product come to life. A video demonstrations how the product works, an animated GIF shows how the pieces click on and off of each other and a eye-scroll effect allows the shoes to change right before the web visitor’s eyes with 360 degree views. Customers will also see the launch video, “A Day in the Life of a OneClique Girl,” which shows how the shoes can work for different lifestyles and personal styles. And customers can of course shop the collection like they would any other online shopping site, choosing to view combos based on personal shoe preference, or creating their own combinations through a styler, that allows customers to put together any combination she wants.

OneClique collection is clean and basic, but with textures that can be mixed and matched and pops of color to add to neutrals there is something for everyone.

“At the end of the day, we all express who we are through our personal style. The line was designed using New York City as inspiration; anything goes and every piece can be mixed and matched to create a shoe that works for you,” Tsakos said.