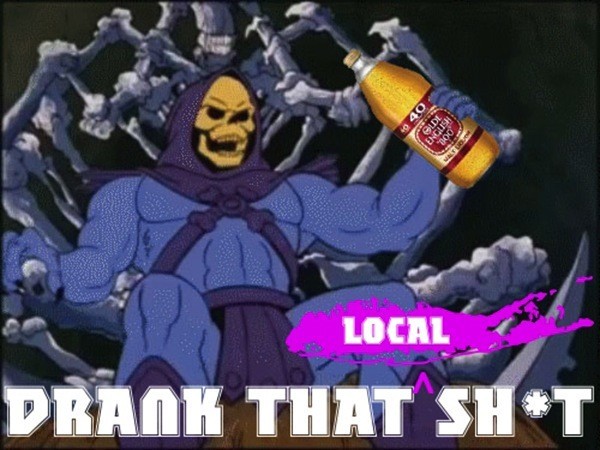 Drank That Local Sh*t explores the nitty-gritty of Long Island-born beers consumed by Niko Krommydas—with assistance from their creators. 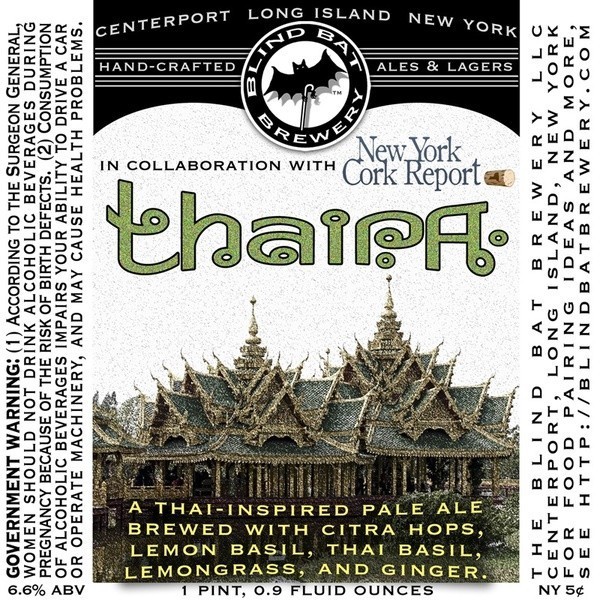 ThaiPA is the first collaboration between Blind Bat Brewery and Lenn Thompson, founder and editor of New York Cork Report. While a forthcoming series of beers was announced in 2012, born from a “mutual admiration for and dedication to local food, wine and beer,” explains Thompson, brewing for the project was delayed for two-plus years. This is partly due to an ongoing—and arduous—effort by Paul Dlugokencky, owner and brewmaster of Blind Bat, to relocate the brewery from his residence in Centerport to a commercial building.

Dlugokencky bottled the entire three-barrel batch, roughly 90 gallons, and is only selling them at the Northport Farmers’ Market and Babylon Village Farmers Market. ThaiPA debuted on Sept. 13.

Paul Dlugokencky: Back in 2011, Lenn Thompson asked if I would be interested in brewing an IPA he had an idea for incorporating lemongrass and Thai basil called “ThaiPA.” Since Lenn had already had my Honey & Basil Ale, he knew I was comfortable brewing with basil. Crowded schedules—balancing the day job, brewing, and an ongoing hunt for a larger space for the brewery—as well as the search for the right hop delayed the inaugural brew for much longer than I should have allowed, but Lenn proved to be more than patient. Citra came to be the hop I was looking for, and a three-barrel batch was finally brewed in August.

The Citra hops, while contributing a calculated bitterness within the range of today’s IPAs, lend more of a tropical fruit character than the palate-punishing bitterness often sought for in contemporary IPAs. Local and organic Thai basil and lemon basil grown by my wife Regina at Seedsower Farm and her farmer friend, Mary Callanan, owner of Three Castles Garden, were added to the boil, along with lemongrass. Ginger was added post-primary fermentation. With the basils, lemongrass, and ginger, ThaiPA in my mind lands somewhere in a territory on its own, rather than as strictly either an IPA or an American pale ale. The offbeat spicing lends itself to pairing with a wide variety of foods, not just Thai cuisine. Regina especially enjoyed it with pizza.