Don’t call it a comeback, these musicians have been here for years, though these latest releases pull some of them off the back wall after noticeable hiatuses

It’s been four years since the last studio release from Tom Petty & the Heartbreakers and if it’s possible, the group seems to have gotten better. Taking popular music out of the stale and electronic confines of the iPod and the dance floor, the band puts rock back where it belongs: In the garage. While still mixing the jangle of The Byrds with the boozy sway of the Rolling Stones, their brand of guitar rock feels relevant and Petty’s finger-pointing sneer is undiminished. There are also plenty of memorable melodies, although keyboardist Benmont Tench seems to be missing on many tracks. 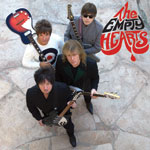 2014 is shaping up to be a great year for super-groups. The Empty Hearts is made up of Elliot Easton from the Cars, Clem Burke from Blondie, Wally Palmar from the Romantics and Andy Babiuk of the Chesterfield Kings. The group’s sound has a lot in common with the garage rock of Babiuk’s former band (as well as the early mod pop of The Who), but the well-crafted melodies should also appeal to new wave fans of The Cars, Blondie and The Romantics. 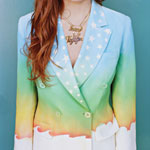 Jenny Lewis has a busy career as a film and television actress, as one-half of Rilo Kiley and with popping up on other albums, but it’s been a full six years since her last solo project. Her new release continues to prove what a great songwriter she is, but also reveals a more accessible, less quirky side. This album was produced in part by Ryan Adams, who puts his surprisingly shrewd pop instincts on display. 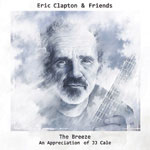 Two of Eric Clapton’s biggest hits, “After Midnight” and “Cocaine,” were covers of songs written by JJ Cale. Clapton has covered other songs by the late Tulsa legend and even made an album with him in 2006, The Road to Escondido. Cale died in 2013 and Clapton assembled this all-star tribute including Tom Petty, Mark Knopfler, John Mayer, Willie Nelson, Derek Trucks and others. One can hear hints of Cale’s inimitable and subtle electric guitar style throughout and it is clear how much these legends owe to his sound. 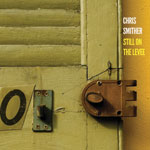 Chris Smither has never been solely associated with any major folk or blues movements, but there are few artists from those genres who have so consistently navigated the decades of evolution. While he did spend time on the New Orleans and Cambridge music scenes of the mid-60s, he didn’t release his debut album until 1971. This two-CD set covers a remarkable career. Smither has never chased trends or fallen back on nostalgia. Instead he uses a simple wooden board and his foot to accompany deft songs and craggy, honest vocals.